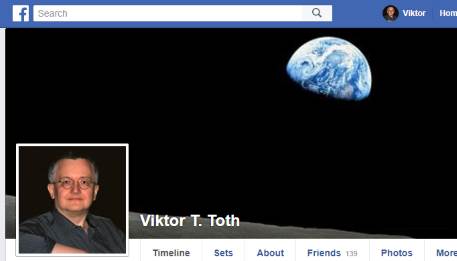 Facebook is not the problem. It is a symptom.

The actual problem is much broader. The Internet that brought us together is also responsible for creating fragmented communities, echo chambers if you wish. When our primary source of news is like-minded people, memes and links we exchange with each other, often uncritically, without checking their veracity, there is a problem. It makes no difference if the content delivery vehicle is Facebook, Twitter, plain old e-mail or anything else.

I am not going to give up the opportunity offered by Facebook to stay in touch with old friends, with classmates I have not seen in years if not decades, with other people I would not even know were it not for the Internet. This is priceless.

But when I want to get informed about the world, I do not turn to Facebook. I do not forward memes. I might give a perfunctory “Like” to something that appears in my feed, but I do not believe it without checking first. And most importantly, I use other sources to keep myself informed.

Yet I fear the problem is even greater than this, and once again, ditching Facebook may be precisely the wrong answer. I recall what it was like when I was growing up in Hungary in the 1960s, 1970s. We had one national television channel. (OK, make that one-and-a-half, because there was a Channel 2, but with only a very short broadcast day in the evenings, initially, only a few days a week. And on Mondays, both channels were off the air.) This means that we all watched the same things. No matter which part of the country, which walk of life you came from, you knew the same television personalities I knew, you heard the same jokes, you watched the same drama.

It was probably never quite like this in North America, where there were always a multitude of channels since the dawn of television. Still, back in the old days, “multitude” meant maybe a half dozen choices if you were in a major metro area. So the shared cultural experience was still there. Not anymore. And never mind television, with hundreds of cable and satellite channels and numerous online alternatives. On top of that comes social media, with its propensity to create microcommunities.

So keep Facebook. Do stay in touch with old friends or distant family members. But for heaven’s sake, don’t use Facebook to inform yourself. Ditch the memes. Stop sharing anything other than cute cat pictures. And be the most suspicious when you see something that you are inclined to believe. It’s not the lies and deceptions you hate that are the most dangerous; it is the lies and deceptions that you are most likely to believe that will fool you. This is something state-sponsored Russian trolls know all too well.