I kept staring at my calendar.

Then it suddenly popped into my mind. My father was born exactly 115 years ago, on November 20, 1906, in what was then Austria-Hungary, in the fine city of Temesvár, today known by its Romanian name as Timișoara. 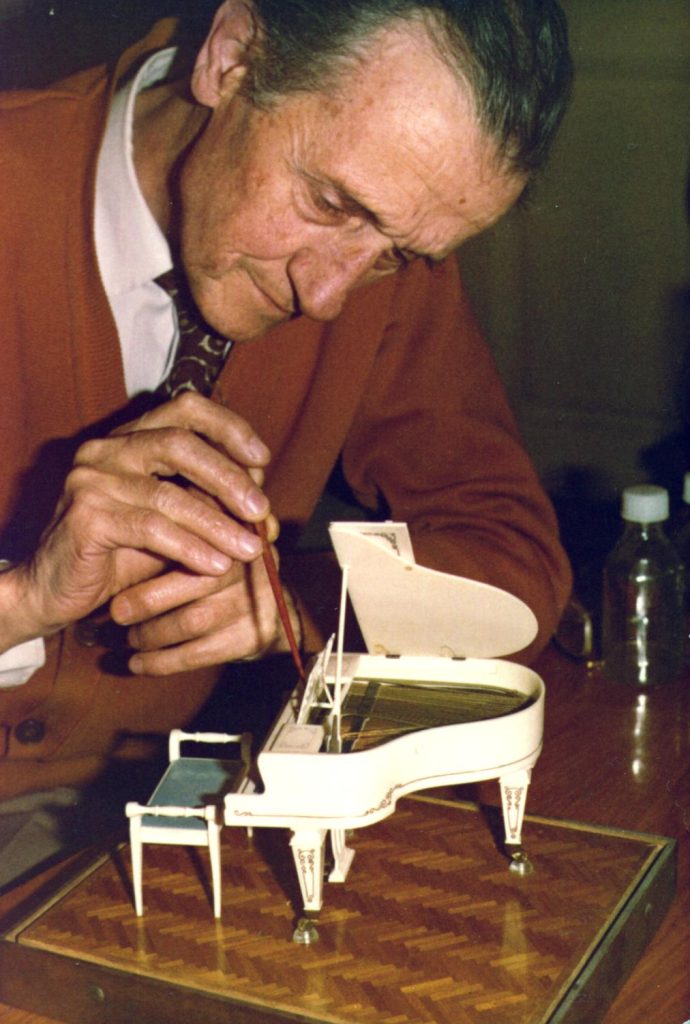 He passed away in the fall of 1985, not long before I left Hungary.

I am sure everybody had people like my friend Ken in their lives: People who, often by pure chance, played a major role in shaping our lives at critical turning points. When I came to Canada in 1987, I met several people who opened doors for me, offered me opportunities when I needed them most, or simply rewarded me with their friendship.

Ken Bowman was one such person. A mid-level manager at Canada Post in 1989, he was running the little project that I joined. I needed the income badly as my previous contract work ended months prior and I was rapidly running out of money. But the project itself was also interesting, challenging even. Oh, and the machines were fabulous: IBM PS/2-70 workstations with very large (by the standards of the time) hard drives, high resolution color monitors, laser printers… Lovely work.

I worked there for about nine months, but the friendships proved lasting. Some time later, Ken joined the company that was set up by a couple of my teammates on this project. He led the business side of one of my favorite development projects, which involved not only a product catalog but also an engineering and load sizing component, with plenty of interesting physics.

Ken’s partner at this company had a long, difficult-to-spell last name. One day, they received personally addressed but otherwise identical pieces of junk mail. The partner’s name was spelled flawlessly. Ken’s? Not so much. The envelope just read “Kenowman”. Needless to say, this earned him the obvious instant nickname: from this point on, he was often called Obi wan Kenowman, or just Obi wan for short. He loved it.

Even after he retired, we stayed in touch. Whether it was the politics of the day, a reaction to one of my silly blog posts, or just a picture of his beautiful cat Cimarron, I received missives from him occasionally, mostly in the form of lengthy text messages. And before the pandemic changed the world, we also met from time to time. Seeing him in person, I was actually worried about his health: he lost a great deal of weight, more than what I’d consider healthy. 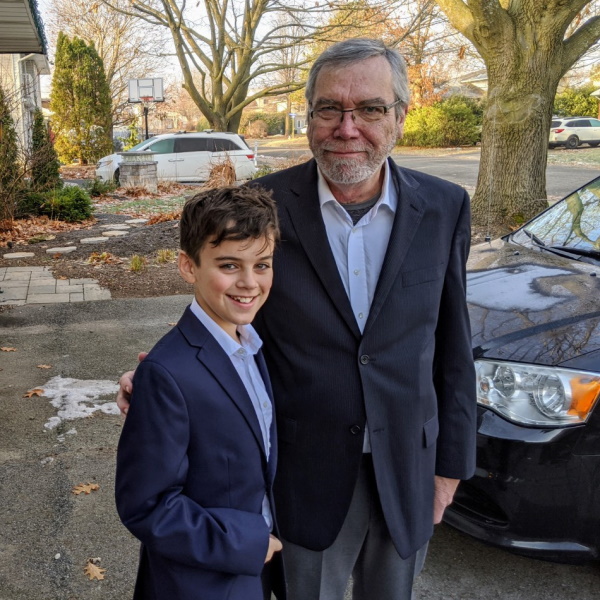 Ken with one of his grandsons, two elegant gentlemen in happier times.
Photo courtesy Hollis Bowman.

Sadly, it appears that my concerns were not unfounded. One morning a few days ago I received an e-mail from Ken’s daughter Hollis that her Dad was now in palliative care. And before I could even respond, a second e-mail arrived: her Dad passed away.

And just like that, another friend is gone. If I am counting it right, Ken is the fifth person who played an oversize role in shaping the first couple of years of my life here in Canada. Inevitably it makes me wonder, who’s next? (Let that be a plea to my remaining friends: please stay healthy and take good care of yourselves!)

I’ll miss you. Thank you for having been a part of my life.

In 1973, my Mom and I visited my aunt here in Ottawa. It was a remarkable journey for 10-year old me. The differences between Hungary, then firmly behind the former Iron Curtain, and Canada were… astonishing. (Let’s just say that this experience firmly inoculated me against any communist claims about building a better society.) The trip was equally impactful on my Mom, though of course she experienced it quite differently as an adult.

At the time, my Mom spoke very little English. So when my aunt and her husband decided to take her to a movie theatre to see the latest James Bond movie, the first one with Roger Moore in the title role, they assured her that they will provide a running translation.

Then the film began and they quickly found out that translation was not necessary after all. At least insofar as these opening shots were concerned.

To this day, we cannot stop laughing when we think back of this moment.

Today, I saw a funny post on Quora about how to pet a rabbit. Apparently, rabbits should not be picked up (fragile skeletal structure, bones that break easily) and also hate it when their tail is touched. I was about to make a cheeky comment on pulling either a rabbit or a cat by the tail. But first I wanted to fact check something quickly on Google, and that’s when I came across this article about tail pull injuries that cats sometimes suffer.

I admit I pulled our cats by the tail every once in a while. It’s funny, but also effective when you need to pull a cat back when he’s about to run out of the house or do something he’s not supposed to do.

Except… Except that, as I now learn, cats’ tails get injured relatively easily, and the injury can be devastating, affecting the bundle of nerves that exit the spinal column, which control much of their lower body. The least devastating consequence is losing mobility of the tail, but the injury can also lead to paralysis of the hind legs and incontinence. In short, ruining a cat’s life.

I did not know this. I am glad I never inadvertently caused injury to one of our cats. But I will never pull a cat by the tail again.

Machine translation is hard. To accurately translate text from one language to another, context is essential.

Today, I tried a simple example: an attempt to translate two English sentences into may native Hungarian. The English text reads:

An alligator almost clipped his heels. He used an alligator clip to secure his pants.

See what I did here? Alligators and clips in different contexts. So let’s see how Google manages the translation:

Translated verbatim back into English, this version says, “An alligator almost cut off his heels. With the help of an ‘alligatorclip’, he secured his pants.”

I put ‘alligatorclip‘ into quotes because the word (“aligátorcsipesz“) does not exist in Hungarian. Google translated the phrase literally, and it failed.

How about Microsoft’s famed Bing translator?

The first sentence is the same, but the second is much worse: Bing fails to translate “clip” and uses the wrong translation of “secure” (here the intended meaning is fasten or tighten, as opposed to guarding from danger or making safe, which is what Bing’s Hungarian version means).

But then, I also tried the DeepL translator, advertising itself as the world’s most accurate translator. Their version:

And it does make me seriously wonder. If machines are reaching the level of contextual understanding that allows this level of translation quality, how much time do we, humans, have left before we either launch the Butlerian Jihad to get rid of thinking machines for good, or accept becoming a footnote in the evolutionary history of consciousness and intelligence?

Speaking of footnotes, here’s a footnote of sorts: Google does know that an alligator clip is a pince crocodile in French or Krokodilklemme in German. Bing knows about Krokodilklemme but translates the phrase as clip d’alligator into French.