One of the blessings of working at home is that I rarely drive. For which I am grateful.

Today, I did drive, because I had to meet someone. And I ended up in an unexpected traffic jam due to a lane closure.

It appears that they were doing emergency (?) traffic light repair at the intersection of Vanier Parkway/Riverside Road and the eastbound Queensway off-ramp here in Ottawa. What is incomprehensible is why they had to close a lane of Vanier parkway on the bridge, long before the intersection, and before the on-ramp lane splits, thus causing a close to half-mile long traffic back-up.

[Sorry, no audio. I was swearing too profusely.] 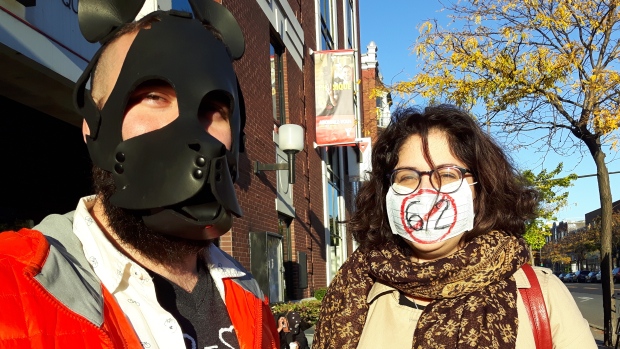 But… My Canada does not include populist intolerance. Nativism. Xenophobia. Political opportunism, the willingness to awaken demons for the sake of winning elections.

Quebec’s Bill 62 is a solution to a non-existent problem. I have not heard of any issues arising from Muslim women in traditional clothing boarding a municipal bus. Or for that matter, from a member of the staff at a hospital wearing a face covering. (Don’t they often wear surgical masks anyway?)

Bill 62 is clearly divisive. I sincerely hope that sooner rather than later, it will be declared unconstitutional by a Quebec court. And that finally, there will be Quebec politicians who will have the guts to go against the majority and educate them against the hate and intolerance that they are so willing to embrace.

But if it remains the law of the land in Quebec… then you know what? I hope Quebec will hold a referendum soon and secedes from Canada after all. Because my Canada does not include a shameful law like Bill 62. Get out of Canada and take your xenophobia with you.

Today, a “multi-messenger” observation of a gravitational wave event was announced.

This is a big freaking deal. This is a Really Big Freaking Deal. For the very first time, ever, we observed an event, the merger of two neutron stars, simultaneously using both gravitational waves and electromagnetic waves, the latter including light, radio waves, UV, X-rays, gamma rays. The significance of this observation must not be underestimated. For the first time, we have direct validation of a LIGO gravitational wave observation. It demonstrates that our interpretation of LIGO data is actually correct, as is our understanding of neutron star mergers; one of the most important astrophysical processes, as it is one of the sources of isotopes heavier than iron in the universe.

Think about it… every time you hold, say, a piece of gold in your hands, you are holding something that was forged in an astrophysical event like this one billions of years ago.

I decided to never again listen to pundits about Donald Trump.

My dislike of Trump has not changed since yesterday, last week, or last month. My disappointment that this person was elected as President of the United States is no less profound than it was eleven months ago.

But that does not mean that I need to listen to every lie and every distortion that comes from the media. 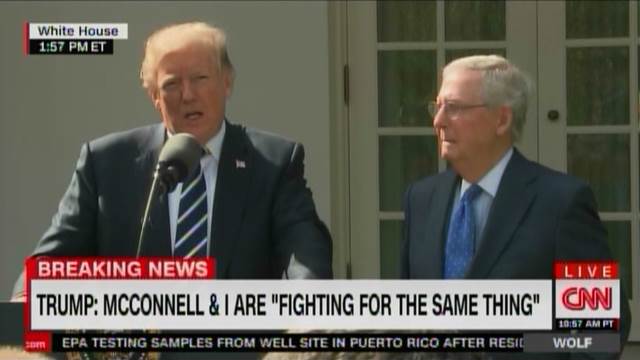 The contrast between what Trump actually says when he is speaking in public or responding to journalists vs. what the pundits want you to think he is saying… Well, when I am listening to actual Trump, I sometimes wonder if those pundits and I are listening to the same person. Like when the pundits were telling me that Trump wanted to increase the number of nuclear weapons tenfold and that he was bragging about America’s nuclear arsenal during his impromptu, brief news conference during the photo-op with Trudeau. Yet when I listened to his actual words, it was a journalist who (referring to anonymous sources) asked Trump about the tenfold increase, which Trump denied; and, continuing his response, Trump “bragged” that America already has a formidable nuclear arsenal, and that his priority is to make sure it is in “top top shape” and 100% functional. With all due respect, this is not an improper thing for the President of the United States, who is also commander-in-chief of all US forces, to say.

The things I don’t like about Trump are too numerous to count. Which is why I am especially liable to believe lies about him that make him appear worse than he actually is. Lies that you are inclined to believe are far more dangerous than lies you reject outright. So I don’t need lies from media pundits. I’ll just focus on what Trump actually says, and despise him on account of his own words, not the words of others.

An interesting cartoon that is circulating. pic.twitter.com/OPG2R2ytkr

When I first saw the movie, Never Let Me Go, a few years back, it left me breathless. I mean, it left me gaping, with my best “what the fuck was that?” expression frozen on my face. It was, to put it mildly, a shocking film. 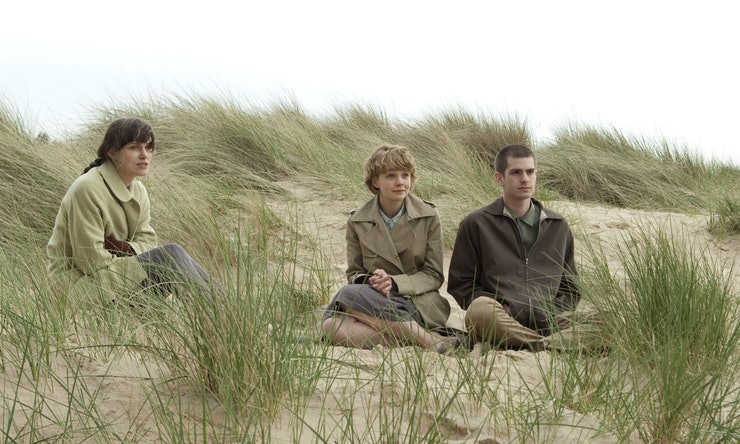 We took away your art because we thought it would reveal your souls. Or to put it more finely, we did it to prove you had souls at all.

I quickly grabbed the book and read it, too. Its impact, if possible, was even greater. An amazing “cautionary tale”, to use Larry Niven’s expression: a piece of science-fiction that holds up a mirror to let us see the darkest corners of our collective soul.