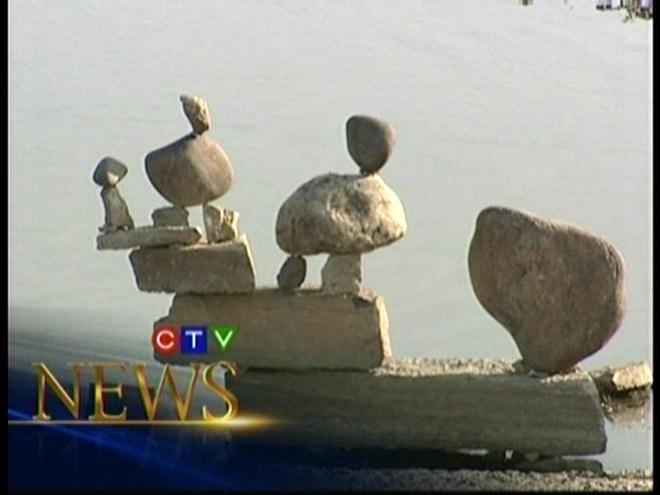 No explanation was offered that I am aware of. But, it’s nice.

No, I didn’t smoke anything unhealthy. The “cloud”, in this case, does not refer to a state of mind nor, for that matter, to structures formed by condensed water vapor in the atmosphere. I am talking about the computing “cloud”, the idea that you are using the Internet to access computing resources, the physical location of which is irrelevant.

This past weekend, I decided to set up a virtual server in the “cloud”. I am amazed how cheaply it can be done nowadays. And one day, it may help me migrate away from a home office based server to one that I no longer have to maintain myself. That’s the long-term plan anyway. For now, I am taking the first tentative steps as I am exploring my brand new server and test its robustness and reliability.

The founder of Wikileaks has been charged with rape in Sweden. As of this morning, his whereabouts are unknown.

Are these charges true? Is Assange a rapist? Perhaps. He is certainly a weird fellow, and for all I know, he’s not necessarily weird purely in a good sense.

But… are these charges true? He pissed off a lot of people, and not just people, but some of the most powerful institutions in the world, including the US and other governments, corporations, and even shady entities like the Church of Scientology. Just how far are governments (and non-governments) willing to go to get rid of him? Are they capable of theatrical dirty tricks? At one time I would have said no. But that was at a time when I could not have imagined that a modern-day government would poison a former agent on foreign soil, using an exotic radioactive substance. At that time, I could not have imagined that a modern-day democratic government would engage in a systematic campaign of lies and deception to justify an unjust war of aggression. Compared to such things, a trumped-up charge against a (to them, very) annoying individual is nothing. Perhaps he should be grateful that he’s still alive and he’s not setting off any Geiger-counters nearby.

Update: And now, a few hours after I wrote the paragraphs above, here’s breaking news from CNN: “WikiLeaks founder Julian Assange ‘no longer wanted’ and not a rape suspect, Swedish prosecutor says on website”. Sooo… What was this all about?

Speaking of blogs and people who yell back… sometimes, those people are actually yell for money. It seems that a new industry is about to be born, the industry of copyright trolls. Be careful what you quote in your blogs, especially in the US.

I went for a walk last morning and it gave me time to think. About this here blog of mine. Notably, about the fact that this is my first new entry in ten days, probably a record since I began this habit some eight years ago.

Of course eight years ago, I was not using blogging software. I was originally just adding content to a static HTML page. Eventually, I wrote some home-brew server-side code that allowed users to access a specific day. Which is how the software organized entries, by day that is. So I felt compelled to put something in every day, even if it was nothing more than just the comment, “another boring day”. (Not boring to me mind you, but to people reading my entries.) But then, two years ago I decided to join others in the 21st century and set up WordPress. (It was perhaps around this time that my resistance finally broke down and I began to accept the word “blog” as part of my vocabulary.) One side effect of this change was that I no longer added a new entry every day… but then, there were days when I added more than one. Even so, I blogged less. Was it because of the change in software?

Or perhaps I just have less to say? How many original (or, well, not too unoriginal) thoughts can be stored in an average human brain? How soon before we start repeating ourselves, griping about the same issues over and over again? Perhaps I am blogging less because I already said everything I needed to say?

Or maybe it’s something else altogether. Maybe it’s not the blogging software per se, but the fact that it allowed me to configure my Facebook account to pick up my blog entries and post them there. Suddenly, people actually responded to what I had to say. They actually commented. What on Earth?

So perhaps I just became shy because suddenly the world talked back. Suddenly, I had to pay attention to what I wrote because there was a reaction. Usually a friendly one, but even so… I had to explain my thoughts. Heaven forbid, I sometimes had to revise them because somebody convinced me that I was mistaken. When you yell at the world, you’re not expecting the world to explain to you why you are wrong.

Maybe I’ll just establish a secret blog site. One that is not linked to Facebook or anything else, the URL of which only I know. (Who needs pesky readers?) Then, I’ll happily yell at the world again secure in the knowledge that nobody pays any attention whatsoever…

Sixty-five years ago Nagasaki was destroyed by nuclear flame. The beginning of the nuclear era, we sometimes say. But perhaps there is a more hopeful way of looking at it: whereas Hiroshima was the first time a nuclear weapon was exploded in anger, Nagasaki was the last. So perhaps Teller was right after all, and nuclear weapons remain the ultimate peacemaker. Here’s to hoping.

In the meantime, here’s a rather relevant clip from YouTube, showing all nuclear explosions to date on a map:

Well, almost 23,000. Mostly JavaScript and PHP, also HTML and SQL. This is a project I’ve been working on all summer. Lots more to do, but at least one deliverable is complete, and I can finally spend a little bit of time doing something else. Plenty of other things I’ve been putting off while I was on this programming binge.