Video-on-demand is not broadcasting. The Internet is not the public airwaves. You have no business trying to bully companies just because they threaten the livelihood of lumbering, decrepit behemoths like Rogers.

What am I getting from Rogers? Here are a few examples:

And you wonder why I am contemplating “cutting the cord”?

Instead of blaming Netflix, perhaps you can have a conversation with Rogers about addressing issues that alienate their customers. If you are not willing to do that, fine, then let the free market do its thing. But take your dirty regulatory paws off the Canadian Internet, please.

By a comfortable margin, residents of Scotland rejected (ethnic) nationalism. Whatever their thoughts are about the current government in Westminster, it seems they decided that punishing David Cameron with a “Yes” vote would have amounted to biting off the nose to spite the face.

I always found nationalism distasteful. I don’t care if it is the nationalism of the oppressor or the oppressed. To be sure, it is easy the sympathize with the oppressed. But the solution to nationalist oppression is not to encourage the nationalism of the oppressed (so that they can then go and do some oppressing of their own, like, for instance, Hungarians did with their own minorities during the 1848-49 revolution against Austria). The solution is to put an end to the ideology that led to oppression in the first place. Governments should be responsible for governing the people in the territory that they control, regardless of ethnicity. And fragmenting the world into more, tinier countries in the 21st century just makes no practical sense.

To their credit, the Scots held a referendum with a clear, unambiguous question. “Do you agree that Scotland should be an independent country?” No shenanigans about sovereignty-association or a new economic-political partnership. And they seemed entirely civil about it.

Thank you, Scotland, for being wise. For not creating a precedent for the Balkanization of continental Europe.

Now… please don’t do this again, not in my lifetime anyway :-)

I arrived in Ottawa in mid-July, 1987 as a landed immigrant. I was sponsored by my aunt and her husband András. It was András who awaited me at the airport on the evening of my arrival. (No, I did not arrive by air. My connecting flight from Montreal was canceled, so Air Canada put me in a limo along with another passenger. As the limo driver was not from Ottawa, and I knew nothing about the layout of the city, he dropped me off at the airport instead of taking me directly to my aunt’s house.)

I spent some time in the old (since decommissioned) airport building waiting for András to arrive. (In the pre-cellphone days, I first had to exchange some currency, then get some change, then find a payphone in order to be able to notify them about my whereabouts.) After a wait of a half hour or so, András did arrive. We only ever met once before, briefly, when they were visiting Hungary and I spent a few hours at my parents’ home, on leave from my mandatory military service. So when András saw me, he was not sure if I was the right person… as he approached me, he asked, “So you are Viktor?”

“Yes,” I answered, to which András replied with a second question: “Why did you come here, why didn’t you go to Calgary instead?”

Yes, András had a weird sense of humor. Not everyone appreciated it, but I did. I really grew to like him.

Earlier this week, it was Nature’s turn to be funny, while also providing me with a perfectly good answer to András’s question from 27 years ago. This is why, András: 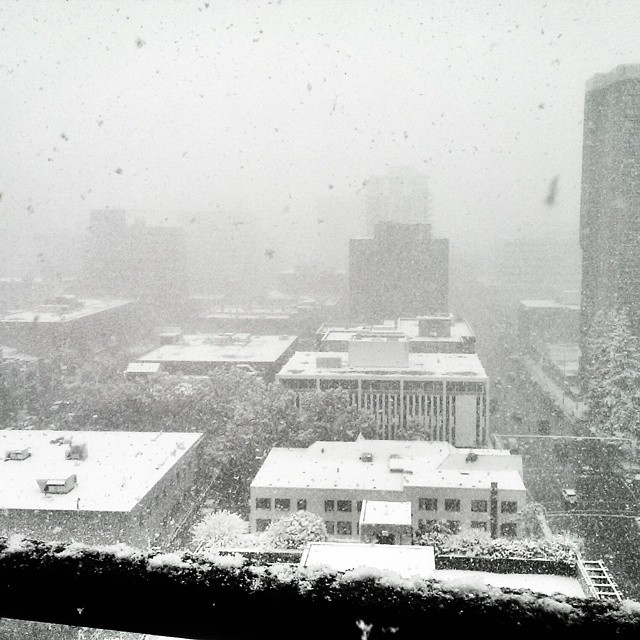 Yes, András, I am a wimp. I can tolerate winter, but I really don’t like late summer snow storms.

Alas, András is no longer among us to hear my response. He passed away many years ago, after losing his battle with pancreatic cancer.

It appears that France decided to suspend delivery of the first of two Mistral-class helicopter assault ships that they have been building for Russia. 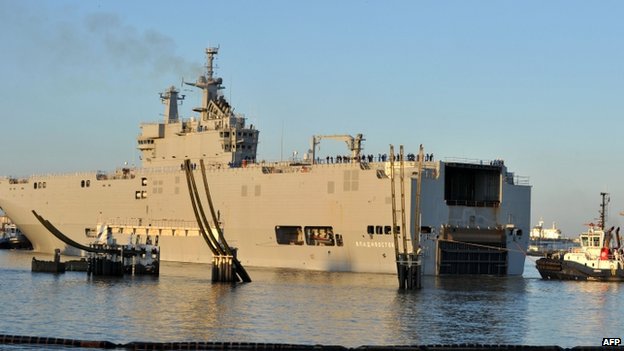 It will cost the French an awful lot of money. Still, this is the right thing to do. The last thing the West should provide to Putin’s Russia is more firepower. On the other hand, NATO should probably consider stepping in and purchasing these ships from France. Come to think of it, Canada could use the capability to effectively patrol its oceans (which is currently, for all practical intents and purposes, is outsourced to the United States). 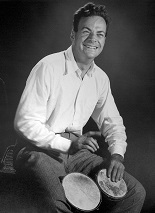 Richard Feynman’s Lectures on Physics remains a classic to this day.

Its newest edition has recently (I don’t know exactly when, I only came across it a few days ago) been made available in its entirety online, for free. It is a beautifully crafted, very high quality online edition, using LaTeX (MathJax) for equations, redrawn scalable figures.

Perhaps some day, someone will do the same to Landau’s and Lifshitz’s 10-volume Theoretical Physics series, too?