Yes, it’s that time of the year again.

If only I didn’t see snow on the sidewalks outside!

I’d not resort to choice four letter words were it late November already, but it’s not even Halloween yet! 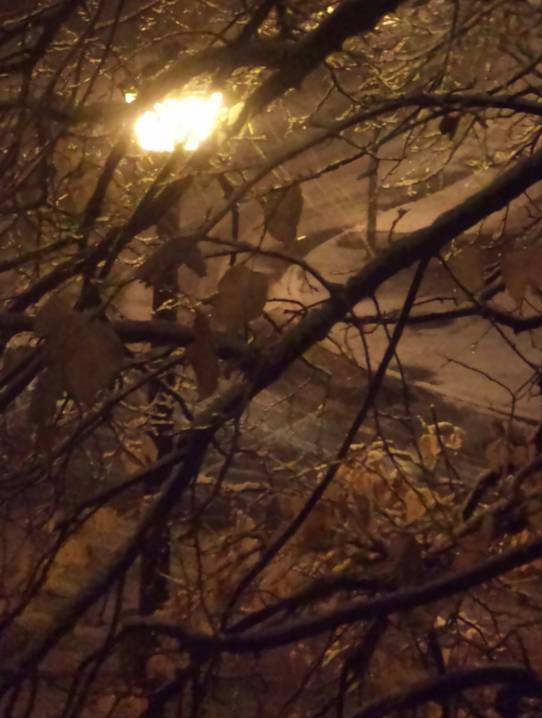 No, this winter wonderland is not what I wanted to see from my window today. Or for that matter, through my windshield, as I was driving back home from a visit to Home Depot and Loblaws earlier tonight.

At least it gave me an opportunity to start this winter as a good Samaritan. When I was trying to back out of my spot at the Loblaws parking spot, I couldn’t see where I was going, so I had to get out and brush the snow off my rear window. While I was at it, I offered my services with the brush to the owner of the car in the next spot, which he gladly accepted.

The other day, my wife and I visited a restaurant in Gatineau. We were not disappointed; the quality and selection of “Le Buffet des Continents” was quite excellent.

But then, there was this fine piece of socialist realist art greeting us upon entering the establishment: 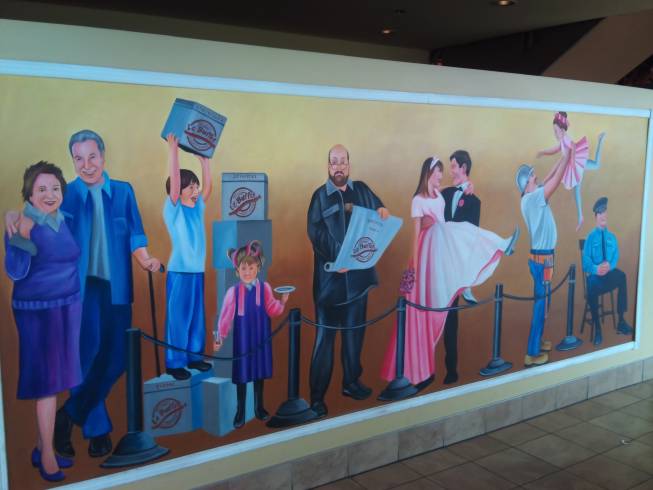 It won’t prevent us from going back, though.

I am 47 years old, but up until last week, I never ever painted a room. I knew more about how paints behave on spacecraft surfaces than on drywall.

Well, this is no longer true. I just finished the walls, window, door, and floor in our small bedroom: 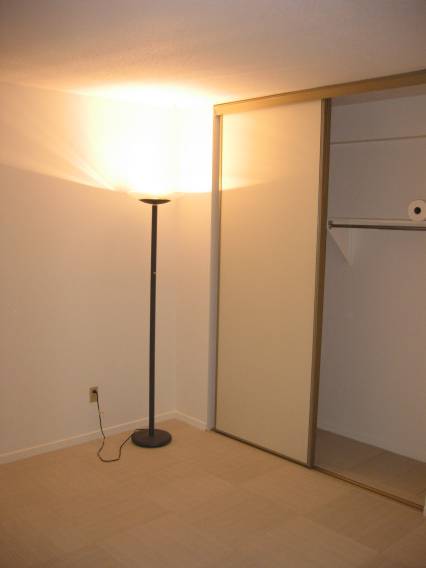 Yes, I am proud of my handiwork. Our cats appear to be satisfied, too: 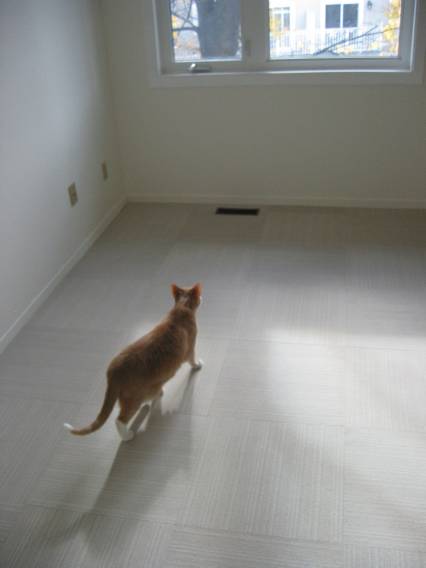 But no, I am not planning to give up my day job.

Sometimes, I worry that our work on Modified Gravity exists in a vacuum (pun intended.) A blog I came across just convinced me otherwise. It is good to see that people actually read and appreciate our recent results!

For many years, I felt that despite their “anti-communist” political rhetoric and right-of-center stand on many issues, it is Hungary’s Fidesz party that carries the true legacy of the communist era. The party’s leader, Prime Minister Viktor Orban, seems hell-bent on governing in the style of one-party regimes, and now that he enjoys a two thirds parliamentary majority, he has the mandate to do so.

Even so, I did not expect that they will show their true nature this boldly and this rapidly, causing concern even among international investors, as they expressed their intent to curb the jurisdiction of the country’s constitutional court, which happened to declare one of their recent measures unconstitutional.

It’s never a good idea for a car to sport three wheels up front, two of them on one side: 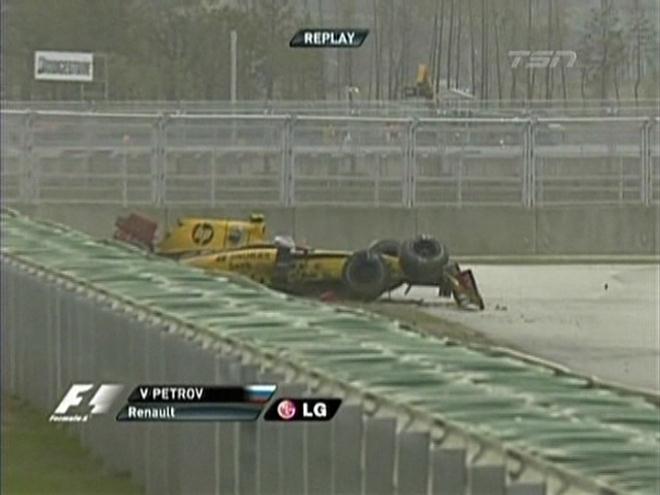 Yes, I do occasionally like to watch Formula 1 races.

Is this really the new Republican vision for America? A country surrounded by barbed wire, attack dogs, and border guards with machine guns? Apparently so, according to Alaska Senate candidate Joe Miller. And they wonder why some conservative-leaning people, like myself, root for the Democrats these days.

Oh, and one more thing about East Germany… they could NOT do it. The Wall eventually failed, and the country itself went down the drain with it.

This is what the German news magazine thinks of the city of my birth, Budapest: they call it Europe’s Capital of Anti-Semitism.

I wish I could fully disagree.

Caught on a Web cam, two very worried kitties in my wife’s room, listening intently as workmen were demolishing an old furnace in the basement:

The other three cats were in hiding.

It is rare to read anything these days from Canada’s unofficial copyright critic, Michael Geist, that is even mildly optimistic. Not so today… Geist appears to welcome the near-final version of ACTA, the Anti-Counterfeiting Trade Agreement, notably its relatively flexible approach to copy protection and digital access controls. It seems that sanity may prevail, despite earlier concerns about secretly negotiated Draconian restrictions. Let us hope that this does not go unnoticed by Canada’s Parliament as it considers revisions to our proposed new copyright law.

In an editorial today, the Ottawa Citizen praises the decision of Harper’s government to cancel a planned speech by a prominent imam.

To be clear, I think it is entirely appropriate to give the cold shoulder to an organization according to which Israelis over the age of 18 are fair game for killing. No argument there on my part.

But… the article goes on to discuss the practice of taqiyya, or “holy deception”, yet I think they’re guilty of a little bit of holy deception of their own, when they list the traits which they associate with Islamist extremism: denouncing Israeli policies as racist, or calling for the removal of Hezbollah and Hamas from the list of terrorist organizations.

Being a devoted atheist, I don’t think I qualify as an Islamist extremist, and having voted with my feet against the “workers’ paradise” I don’t think I qualify as a good left-wing extremist either. But… I tend to believe that some of the policies of Israel indeed qualify as racist, and I tend to believe that, in the interest of realpolitik if nothing else, legitimizing Hezbollah and Hamas may be the right thing to do.

Years ago, I argued that it should be possible to be critical of the actions of the government of Israel without being labeled an anti-Semite. The same way, it is wrong to denounce Muslim critics of the Israeli government as Islamist extremists. If we wish to live in a world that is free of Sharia law and of prohibitions against defaming a religion, we must realize that it also has to be a world in which one is free to denounce a government or be critical of an inflexible policy towards a popular political organization.

Yesterday marked the 20th anniversary of German reunificiation. Having grown up in a world in which the separate existences of West and East Germany were taken for granted, I am still digesting this fact, just as I am still digesting the collapse of the USSR, even as these events slowly migrate from the pages of geopolitics to the pages of history.