It is well known that the despicable Biff Tannen character from the Back to the Future movies was based on a certain real-life despicable mogul by the name of Donald J. Trump. In particular, the “rich Biff” of 1985, having established a casino and real estate empire after receiving a sports almanac from the future back in 1955, was modeled after everyone’s favorite Trump.

In light of this and today’s historic events, it is only appropriate to imagine how the real-life Biff, I mean Trump, would have fared in one of the movies’ iconic scenes: 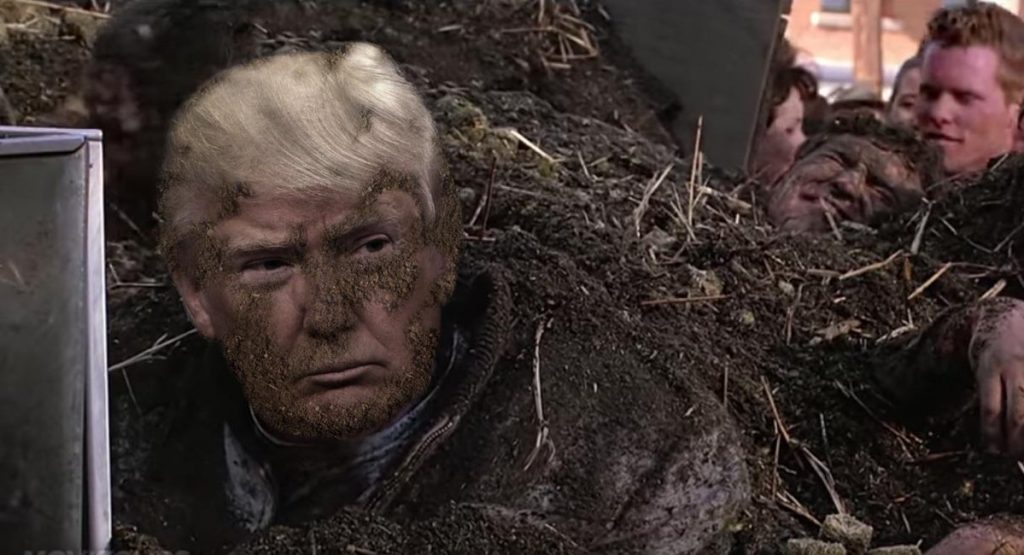 Yes, I know it is more than a little crass to share this tweet. Even so, it is far less distasteful than the many racist caricatures that followed Obama’s inauguration and frankly, it makes it a lot easier to deal with this historic day.