Back when I started grade school, more than 50 years ago (yikes!) no sane adult expected the world to survive through the rest of the 20th century in one piece, without another major war. Recall that even Star Trek, for all its optimism, assumed that World War III (sometimes called the Eugenics Wars) would break out in 1992.

Yet here we are, the year is 2022, and the world is still largely peaceful. But for how much longer?

Ukraine is rapidly turning into a hot spot that might yet trigger a conflict the world has not seen in many decades. And it appears that we are on a collision course that resembles in some ways the events leading up to World War I. Nobody wants escalation; yet everyone believes escalation is inevitable and necessary. 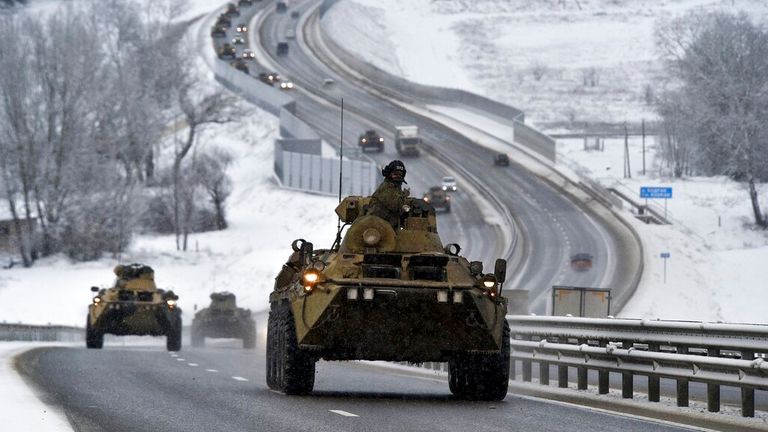 Russia supposedly wants NATO to stop expanding, stop encircling their country. On the surface, this might seem like a valid concern. Russia, after all, has been one of the great losers of the past half century. The collapse of the USSR, the loss of its system of allied satellite states, internal strife, a struggling economy all add up. Of course having an increasingly authoritarian government serving a corrupt oligarchy doesn’t exactly help either.

On the other hand, Russia’s willingness to use force in the “near abroad”, including Georgia, the annexation of Crimea, and Eastern Ukraine rightly troubles other neighboring nations, especially the Baltic states that spent decades under Soviet occupation, incorporated into the USSR. Other Eastern European states also have not forgotten what it was like to be occupied by the Soviet Union. NATO is rightfully concerned that if it does not show resolve, its credibility as a defensive alliance will be destroyed.

And this sets up a tricky situation. Every step Russia takes to push back NATO actually strengthens NATO’s resolve. Every step NATO takes to deter Russia from aggression and to assist Ukraine actually strengthens Russian resolve. Moreover, NATO’s resolve helps Putin set the pretext for an almost certainly unpopular war, by presenting NATO actions as a threat to Russian security. Add to this that a war in Ukraine could do wonders to help Putin’s waning credibility, and that Russians, rightly or wrongly, see political discord in the United States as a sign of weakness and, for them, an opportunity, and we have a perfect storm.

Do I worry unduly? Is it not possible that even if Ukraine goes up in flames, it will remain a regional conflict on the geopolitical map, like Korea or Vietnam were many decades ago? Or perhaps a quick and decisive victory by Putin, like the one he enjoyed in Crimea, would settle this affair in his favor and the world will move on? Perhaps.

But it will also be the biggest military confrontation on European soil since 1945. And if that doesn’t scare the bejesus out of you…

And of course nobody wants a world war. Nobody wants escalating conflict that gets out of hand. That was true back in 1914 as well. But just as in 1914, political ineptitude, miscalculations, overestimation of capabilities, underestimation of opponents, a false sense of urgency to act, may all add up. And there may very well be parasitic opportunists, other nations who will join the circus sensing opportunities. I can easily imagine, unfortunately, Xi’s China entering the fray when they have reason to believe that the West’s attention is elsewhere. And that’s how a regional conflict becomes a global one.