I am reading this article in Mother Jones, worrying about the United States following the fate of the Western Roman Empire, leading to its collapse in 476 AD. 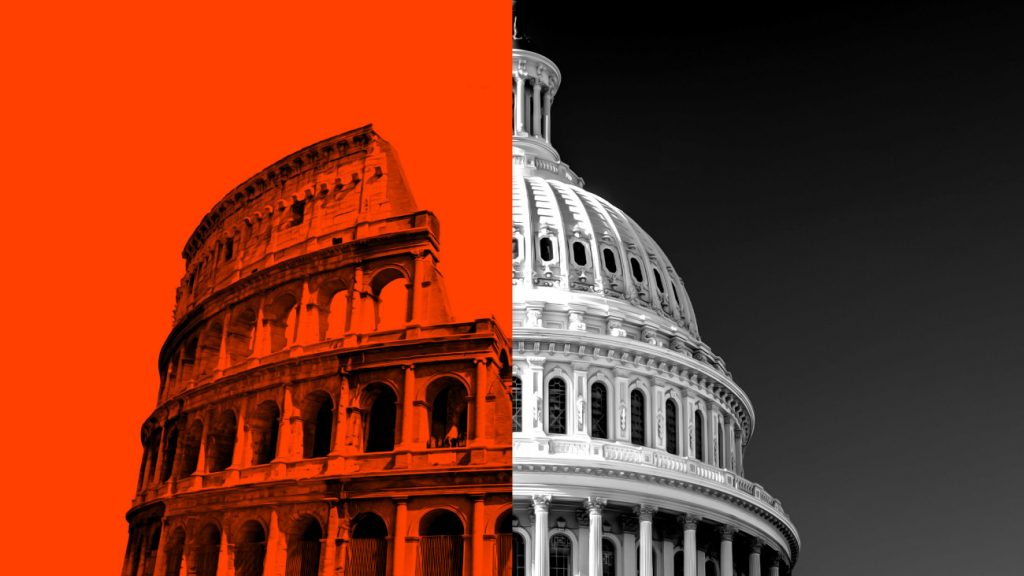 For these are not the end times for the American Empire. Not even the beginning of the end. It is, to put it plainly, just the beginning. If the analogy with Rome has any validity (and I suspect that it might), what we are witnessing is not the end of an Empire, but its birth.

What we see is not the weakening of the American political entity, quite the contrary. But we do see a transition, as republican values erode, as liberal democracy is abandoned, and the United States inches ever closer to an imperial presidency.

I expressed my concerns about this before. There are certain unmistakable parallels between the history that unfolds in the United States in the present day vs. the history of Rome some 2100 years ago.

The fact that even a Mother Jones commentator misses this point and thinks of his nation as an Empire only reinforces my concerns.