Trump is incompetent. America’s most Stable Genius is probably the most boneheadedly incompetent president in my lifetime, if not in the entire history of the great United States.

Take his announcement last night of the travel ban from Europe. First, let me state that the policy is, I believe, the right one: restricting international travel is the single biggest thing governments can do to slow the spread of a communicable illness. Despite being Draconian, despite inconveniencing hundreds of thousands if not millions of people, it was therefore the sanest thing to do, and I am glad that for a change, Trump listened to smart people in his administration. 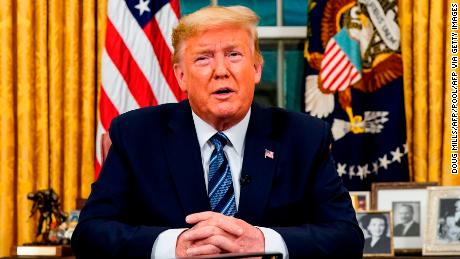 Unfortunately, Trump obviously thinks life is a reality show, where bending the truth for the sake of maximizing entertainment value is not only acceptable but expected behavior. Which is why, if you only listened to Trump’s televised speech, without actually bothering to fact check it against the Web sites of the White House or the Department of Homeland Security, you could have come to the false conclusion that there might be a rush on airports as desperate Americans try to get home on one of the last few flights from the continent, or that trans-Atlantic trade is about to be shut down. Neither of which is the case, actually; US citizens can still return home and trans-Atlantic trade continues. The actual ban affects aliens who have spent any time in the Schengen zone within the past two weeks (like me; I presume I therefore cannot travel to the United States for the next couple of weeks, as I am not a US citizen or resident and I just returned from the Schengen zone this Monday.)

And Trump is also a hatemongerer, who feeds off dividing people. I cannot think of any US president in my lifetime: Kennedy, Johnson, Nixon, Ford, Carter, Reagan, Bush Sr., Clinton, Bush Jr., Obama — who would have presented the coronavirus thing as anything other than a global threat to humanity, a shared responsibility, not as an “us vs. them” affair, blaming China for the “foreign virus”, blaming Europe for not taking measures similar to those taken by the US (which is not even true, but that’s besides the point.) But Trump? As I said, like a leech or a vampire, he feeds off hate and distrust.

And then consider the following: This smartest president ever, this “stable genius” as he once characterized himself, actually disbanded his own National Security Council’s Global Health Unit, because, according to Mr. Stable Genius, it’s something that “you can never really think is going to happen.” Well, Mr. Stable Genius, I can offer a few names who actually did think that something like COVID-19 might happen: the aforementioned Messrs. Kennedy, Johnson, Nixon, Ford, Carter, Reagan, Bush Sr., Clinton, Bush Jr. and Obama… and that’s just in my lifetime.

You know, Mr. Stable Genius, I am trying to give you credit for finally listening to people who, unlike you, actually know what they are doing. But what I really feel… I hesitate to use profanity in my blog, but in this case I will make a rare exception, with apologies to my readers: I cannot wait until you just get the fuck out of that White House and return to obscurity as a failed rich boy, a crooked real estate villain, a reality TV has-been. The sooner you fuck off, the better we all are, Americans and other citizens, Republicans and Democrats alike.

PS: To my Republican-leaning friends who still defend this idiot and think that my criticism is evidence of me suffering from Trump Derangement Syndrome: Please look at the facts. Please recognize that this is not about “us vs. you”, not about liberals vs. conservatives, not about The Donald vs. Hillary, not about trying to undo an election. I understand why you voted for Trump and I accept that he actually delivered on a number of fronts, meeting or even exceeding your expectations. That does not make him any less dangerous, as he turns us against each other, makes us distrust each other more than we distrust actual enemies, and takes steps that reek of colossal incompetence. Like that speech last night. And before you dismiss all that, here is one number for you to ponder: 21,200.62. That’s the DJIA tonight, down from 27090.86 just eight days ago. That’s nearly 25% of the investments and retirement savings of millions of Americans and others, wiped out. In a market driven mostly by middle-aged white men. Trump’s primary voting base. Do they suffer from Trump Derangement Syndrome, too, when they conclude that his speech did more harm than good, driving markets down at an unprecedented pace?