Today was a most unpleasant day for a whole host of reasons, so by the time I finished my dinner, I needed a distraction.

And then I recalled: Just the other day, I read that China’s most successful sci-fi blockbuster to date, The Wandering Earth, is now on Netflix. 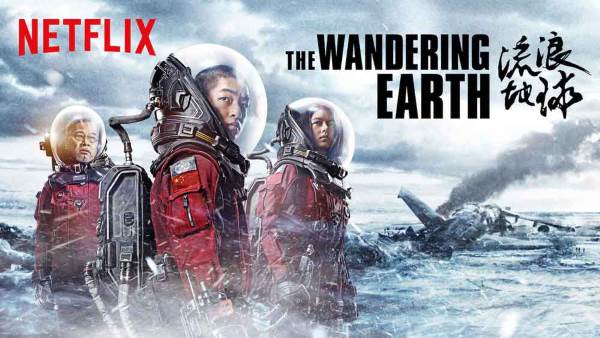 So it was time for movie night. I watched it. And it was… fun.

It is not a flawless movie by any means. And the so-called “science” is as warped, as bogus as the science behind any Hollywood blockbuster.

But it was fast-paced, visually stunning, engaging, and occasionally even had sparks of genuine humor, just in the right quantities.

In short, it is on par with any A-rated sci-fi blockbuster from Hollywood.

One suggestion: Watch it with subtitles in the original Mandarin. This is not meant to be a criticism of the voice actors of the English-language dubbed version. It just… didn’t feel authentic. And you might miss out on subtleties, such as (ok, this is one of the less subtle subtleties, I admit) when one character: a blonde, mixed-race Chinese-Australian man from Beijing who speaks Mandarin as a native throughout the film, suddenly shouts “Fuck this shit! No fucking way!” in unaccented English when he makes an uncharacteristically self-sacrificing move, risking his own life.