As Larry Kellogg said in his lunar-update newsletter, people who didn’t believe before that the Moon landing happened are unlikely to be convinced by this, but it’s still darn nice to be able to see nearly 40-year old footsteps on the Moon from orbit: 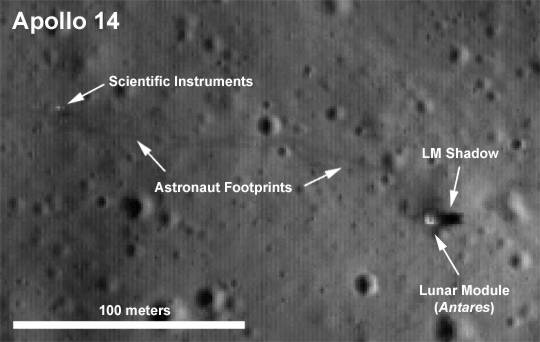