Hey, I am getting famous again!

For the second time, Quora decided to feature one of my answers on their Forbes blog site. This one was in response to the question, “Is Theoretical physics a waste of resources”? I used the example of Maxwell’s prediction of electromagnetic waves to turn the question into a rhetorical one. 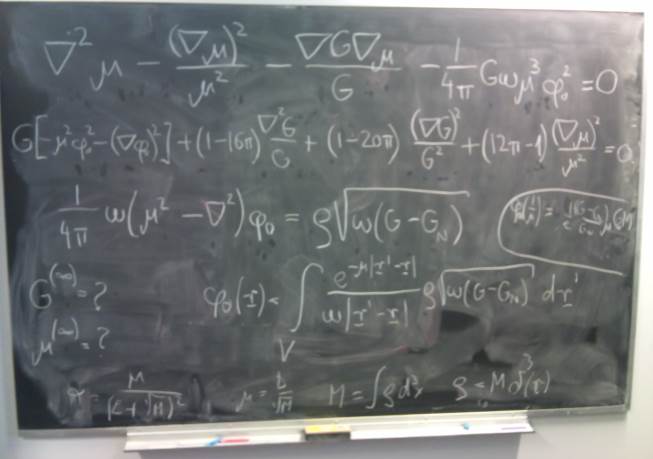 Forbes used a stock Getty image of some physicists in front of a blackboard to illustrate the blog post. Here, allow me to use the image of a bona fide blackboard, one from the Perimeter Institute, containing a few of the field equations of MOG/STVG, during one of our discussions with John Moffat.

Of course, I never know how people read my answers. Just tonight, I received a mouthful in the form of hate mail from a sarcasm-challenged defender of the US space program who thought that in my answer about astronauts supposedly having two shadows on the Moon, I was actually promoting some conspiracy theory. Duh.