Science fiction has a subgenre: mathematical fiction. Stories of this nature are rare; good stories are even rarer. One memorable story that I recall from ages ago was A Subway Named Moebius, written by A. J. Deutsch in 1950. There was another story more recently: Luminous by Greg Egan, which I read in Asimov’s SF magazine shortly before I stopped reading (and eventually, stopped subscribing to) said magazine. (Nothing wrong with the magazine; it’s just that I found many of the stories unsatisfying, and I found I had less and less time to read them. The genre is just not the same as it was back in the Golden Age of Science Fiction.)

So recently, I found out that Egan wrote a sequel: Dark Integers, published in the same magazine in 2007. I now had a chance to read it and I was not disappointed. 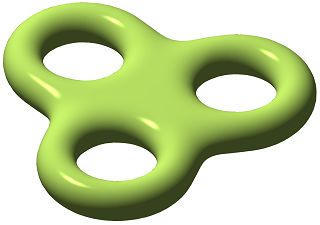 Both stories are very good. Both stories are based on the notion that as yet unproven mathematical theorems can go either way; that the Platonic book of all math has not only not yet been written, but that there is no unique book, and multiple versions of mathematics may coexist, with an uneasy boundary.

Now imagine that you perform innocent mathematical experiments on your computer, using, say, computer algebra to probe ever more exotic theorems in a subfield few non-mathematicians ever heard about. And imagine how you would feel if you realized that by doing so, you are undermining the very foundations of another universe’s existence, literally threatening to wipe them out.

OK, if you start poking holes in that idea, there are many, but the basic notion is not completely stupid, and the questions that the stories raise are worth contemplating. And Egan writes well… the stories are fun, too!

Incidentally, this was the first decent (published) science fiction story I ever came across that contained a few lines of C++ code.