I am reading posts on Facebook and elsewhere, using heated language to advocate either the Israeli or the Palestinian cause in the current conflict. 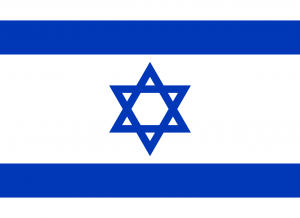 I don’t think calling Israel’s actions “mass murder” is any more helpful than calling Hamas “terrorists”. They are both inflammatory terms that are designed to create the impression of no moral ambiguity (i.e., whichever side happens to be your side, they will be “right” and the other side will be “wrong”) in what is really in many ways a morally ambiguous situation.

On that front, I am equally appalled by Israel’s apparent indifference to the Palestinian civilian death count and by Hamas’s apparent determination to harm anyone on the other side of the Gaza border so long as it is a Jew. But while moral outrage may be used to fire up the troops, wars are not about moral outrage. They are about tangible things such as land or resources.

Fact: Israel’s water security also demands control over the resources of the West Bank. Once again, this means that an independent Palestinian state, potentially hostile to Israel, is unacceptable.

Fact: Israel defines itself as an ethnic/religious Jewish state, but it also maintains the institutions of a representative liberal democracy. Thus, its very existence as a Jewish state hinges on it maintaining a majority Jewish population. There are already concerns voiced about the higher rate of population growth among Arab Israelis. Annexation of Palestinian territories would create an instant Arab majority in Israel; maintaining a Jewish state would then necessarily mean giving up on the notion of democracy, replacing it instead with an apartheid regime, which is clearly abhorrent to most Israelis. Hence, annexing Palestinian territories is an option that, for Israel, is unacceptable.

Which leads to the sad conclusion that politically for Israel, the least undesirable of all possible options is the status quo. No Palestinian state but no outright annexation either, and if it keeps a few million Palestinians forever in limbo, well, that’s just too bad. And they’ll continue to use their military to ensure that the occupied territories never get too far out of hand, never pose an existential security risk to Israel.

Of course I’d argue that the status quo itself will eventually become unacceptable to Israel in the long run, but I am not sure what that means other than the fact that at that time, Israel will have run out of options.

Mind you, Israel could give up on the idea of being a sovereign Jewish ethnic/religious nation state and instead, accept the notion of a Jewish-Arab federal republic. Could it work, especially considering the enmity between Jews and Palestinians after decades of struggle (and I am of course just counting the time since the establishment of the modern state of Israel)? Unlikely. Yet even this unlikely option may be preferable to no option at all, as that would ultimately lead to the destruction of the state of Israel, the loss of countless Jewish lives, and a new diaspora for whom the words, “L’Shana Ha’ba’a b’Yerushalayim” would once again represent an unattainable dream.