One of the issues that plagues our present-day world is distrust in the media, distrust in particular in American media.

There are many reasons for this distrust. There is all the “fake news” spread by social media. The source, in a fair number of cases I guess, is agencies ran by hostile foreign governments, like Putin’s infamous Internet Research Agency or his cable news channel RT, whose purpose often seems to be precisely this, undermine trust by spreading disinformation. At other times, it is domestic politicians, including a certain former US president who spent his four years in office denouncing anything he didn’t like as fake news, thus blurring the line between bona fide fake news, political bias, and straightforward reporting of facts that he just plain didn’t like.

The flip side of the coin is that unfounded accusations and bona fide fake news from foreign sources do not automatically guarantee that the actual “mainstream media” is truthful. And every so often, I feel compelled to question the prevailing narrative. This is especially true when it comes to American news television, which over the years has become exceedingly partisan. (I pretty much stopped watching US news networks for this reason, except in case of major breaking news events.)

Just over a month ago, America’s war in Afghanistan came to an ignominious end. Much of the news media denounced the chaotic withdrawal, presenting it as both unexpected and avoidable. In reality, if you spent any time watching the efforts in Afghanistan, it was neither. The military presence in Afghanistan never had a well-defined, achievable military goal. And the withdrawal inevitably meant a collapse of institutions that had no legitimacy in the country other than the Western military support on which they relied for their very existence. So while the actual details can always be surprising, the collapse was both predictable and unavoidable.

But then comes the second part of the narrative, about the nature of the Taliban’s rule. No, I have no delusions about them. If you are a young woman in the Taliban’s Afghanistan, your future just became a lot darker. And if, heaven forbid, you are a member of the LGBTQ community, flee while you still can. But… Western media narratives notwithstanding, the Taliban seem genuinely interested in restoring law and order. Yes, it will be their version of law and order (but then, how exactly does it differ from the Islamist law and order in our friend and ally, Saudi Arabia?) but law and order nonetheless. Case in question? The Globe and Mail just published this view of Canada’s shuttered embassy in Kabul, guarded by Taliban security, who claim that they’ll guard the building until Canadian diplomats return. How do we know? Because the Globe and Mail’s international correspondent, a Western journalist, was able to visit the place. Harsh Islamist regime? I am sure. A terror regime that beheads stray Westerners? Doesn’t look like it. 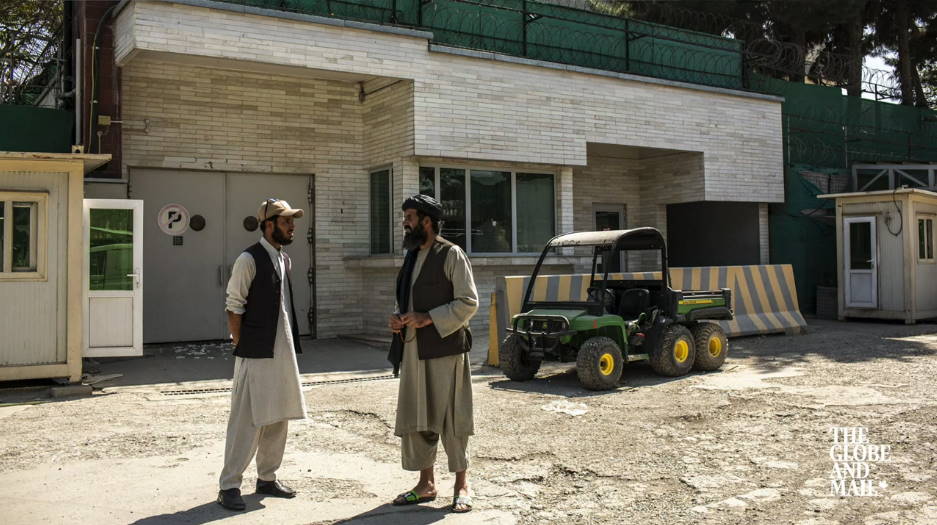 And then there was something else today, completely unrelated to the above: the shutdown of a news media startup in the US, Ozy. Now I don’t know much about Ozy, except that a few months ago, they started spamming me. I say spamming because I never signed up for their daily news briefs, but I ended up receiving them anyway. Having said that, the briefs seemed sufficiently interesting and original so I decided not to block them. But now Ozy is shut down, in response to an investigative report by The New York Times that claimed serious (possibly even criminal) behavior by Ozy’s leadership. Earlier, there were also claims that Ozy had inflated audience numbers and little original content. I obviously cannot comment on the first two points, but the content? The only reason I allowed the Ozy newsletter to continue arriving in my Inbox was that it did have original content that I found mildly interesting.

So now I am torn. Can I take the allegations at face value? Or was it simply a successful attempt to fatally wound and destroy a competitor in the cutthroat world of news media? Perhaps something in between, a more nuanced picture?

Groan. Have I also been infected by this insidious distrust-all-media pathogen?