In case there has been any doubt: Republicans have gone completely bonkers, and it is now official. 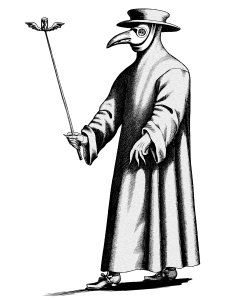 According to The Washington Post, the Centers for Disease Control and Prevention, America’s leading public health institute, is no longer allowed to use the following terms in its budget documents:

Dear Republicans, dear followers of the orange person in the White House: Are you out of your fucking minds? Have you gone completely bonkers? Truly gone fishing? Are you bat shit crazy? Totally demented?

I mean, what kind of an idiot does this childish shit? You are worse than Soviet political commissars from the Stalin era. OK, you are not sending anyone to the Gulag (yet?) but your retarded drive for ideological purity is like a caricature of itself.

I mean… you are insane. Certifiably. This is not politics anymore. This is not left vs. right, transgender rights vs. traditional families. You are clearly deranged psychopaths.

I am secretly hoping that the news turns out to be false, but despite accusations of “fake news” and the like, I know The Washington Post to be a responsible news organization and I think it is a safe bet that this story was vetted.