Here is a perfectly ordinary object. A paperclip. 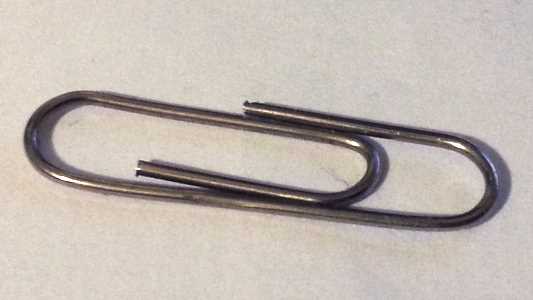 But this particular paperclip has a bit of history.

It was attached to a typewritten document dating back to the early 1980s. It was written by some young Hungarian researchers who were entrusted with cataloging the manuscript collection of Hungarian Communist Politburo member Gyorgy Aczel. Aczel was arguably the best educated in the Politburo. He was also known as the architect the “three T-s” cultural policy of the goulash communist state. The T-s stood for “Trusted, Tolerated and Treasonous”. The second category represented works of art and literature that received no support from the state, but if they survived in the open market, they were tolerated and not censored. It was the existence of this category that allowed a cultural life in Hungary that was thriving relative to other East Bloc states.

As a young “star” programmer, I was asked to help this team with developing a manuscript database application (for the Commodore 64, no less). I was paid well, too. And on account of this assignment, I even met Mr. Aczel in person on one or two occasions. Yes, lucky me and all.

All of these are now memories from a distant past but somehow, one set of documents managed to stay with me inside a file folder over all these years. And yesterday, when I came across that folder, I decided to scan the sheets, and to do so, I removed this paperclip.

This paperclip was last handled by someone in 1984 or so, probably in the home of Mr. Aczel in the 13th district of Budapest, in a rental apartment building.

If only objects could speak and tell their stories.