Looks like just as I was about to heap more praise on Microsoft’s latest operating system, I ran into an issue of almost showstopper quality: half my programs don’t show up in the Start Menu, and the Start Menu itself is confusing, dare I say broken, even when it works as intended. 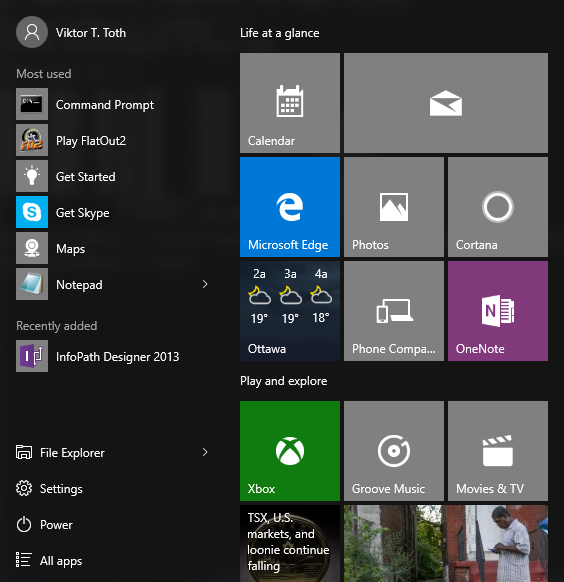 One of the Big Deals about Windows 10 was that it restored the Start Menu, taken away by the brain-dead design decisions that went into Windows 8.

But it is a different kind of a start menu. It combines the traditional Start Menu functionality with the tiles of Windows 8. But that’s okay… the tiles can be quite nice, once you get used to them.

What is a bit harder to get used to is how programs vanish from the Start Menu’s All apps option, or never show up there in the first place. Oh, and you cannot search for them either.

The cause: supposedly, some programming genius at Microsoft hard-coded a 512-program limit into the cache database that feeds this new Start Menu. (I say supposedly because some folks report issues even with fewer programs than 512.) What a …

A fix may or may not be on its way. It certainly hasn’t been released yet. I hope it will be released soon, but it still does not solve another, rather major annoyance associated with the new Start Menu: how it flattened multi-level menus.

In the new Start Menu, you have the Games folder, under which you get 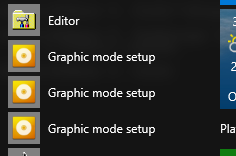 with no indication as to which is which.

What kind of a moron thought that this would be a good idea?

I have used Windows 8 and Windows 8.1 on a laptop for over two years now and I put up with its Start Menu-less nonsense, resisting the urge to install a third-party product that restores this functionality. But I am beginning to realize that a broken Start Menu is worse than no Start Menu at all. So… classicshell.net, here I come.