\(\renewcommand{\vec}[1]{\boldsymbol{\mathrm{#1}}}\)Continuing something I began about a month ago, I spent more of my free time than I care to admit re-deriving some of the most basic identities in quantum physics. 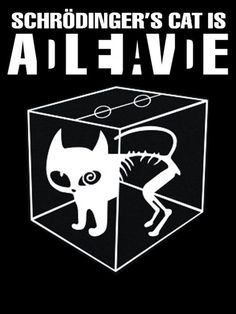 I started with the single-particle case of a harmonic oscillator. Such an oscillator is characterized by the classical Lagrangian

and the corresponding Hamiltonian

By multiplying this Hamiltonian with \(\psi=e^{i(\vec{p}\cdot\vec{q}-Ht)/\hbar}\), we basically obtain Schrödinger’s equation:

The transition to the quantum theory begins when we accept that linear combinations of solutions of this equation (i.e., \(\psi\)-s corresponding to different values of \(\vec{p}\) and \(H\)) also represent physical states of the system, despite the fact that these “mixed” solutions are not eigenfunctions and there are no corresponding classical eigenvalues \(\vec{p}\) and \(H\).

Pure algebra can lead to an expression of \(\hat{H}\) in the form of “creation” and “annihilation” operators:

These operators have the properties

This same derivation can be done in the relativistic single particle case as well.

Moreover, it is possible to define a classical scalar field in the form

which leads to the Hamiltonian density

and for the Hamiltonian,

More details are provided on my Web site, at https://www.vttoth.com/CMS/physics-notes/297.

So why did I find it necessary to capture here something that can be found in first chapter of every semi-decent quantum field theory textbook? Several reasons.

Note also how none of this has anything to do with interpretations. There is no “collapse of the wave function” or any such nonsense. That stuff happens when we introduce into our consideration a “measurement event”, effectively an interaction between the quantum system and a classical instrument, which forces the quantum system into an eigenstate. This eigenstate cannot be predicted from the initial conditions alone, precisely because the classical idealization of the measurement apparatus effectively amounts to an admission of ignorance about its true quantum state.