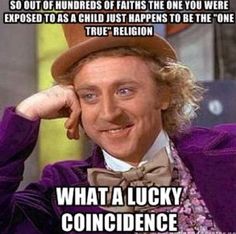 I am so done with tribalism. So frigging done.

In recent days, weeks, months, I had many arguments with friends and acquaintances.

Some assured me that they did not have a racist bone in their body, but that this or that minority (typically characterized by a darker skin color) is nonetheless inherently evil and should be dealt with accordingly.

Others were doing their darnedest best to convince me why their religion is less f**ked up than other people’s religion (the other religion being, usually but not exclusively, Islam.)

Is this really the second decade of the 21st century? Nearly two thousand years after one man had been nailed to a tree for saying how great it would be to be nice to people for a change, have we still learned nothing from history?

Sometimes, I am ashamed to be a member of the species that calls itself homo sapiens. I wonder if I should perhaps just give up and stick exclusively to cats when I pick my future friends.