The news tonight is that SONY has pulled The Interview from theaters, with no plans to release the movie at this time either through theaters or digitally.

This is wrong on so many levels.

Most importantly, because that grown up crybaby, that Eric Cartman from the land of dictators, should not have his way. Simply put, Kim Jong-un is not just a murderous jackass like his pa and his grandpa, he is also a vain little bully with a bloated ego who is throwing a hissy fit because someone dared to joke at his expense. 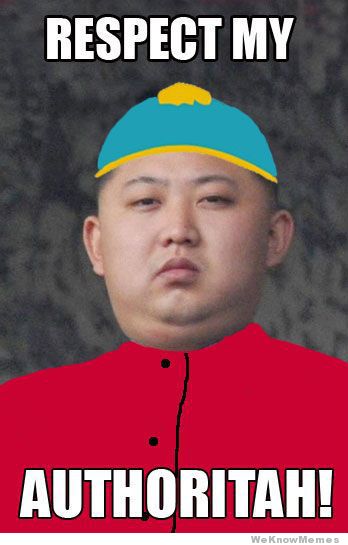