Spacecraft sometimes catch a glimpse of the Sun as it reflects off a sea or an ocean. Here is an example: 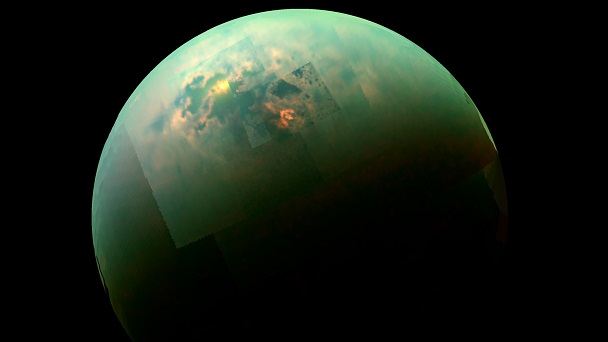 Except that this example was not captured by Earth-orbiting spacecraft. The sea here is not a terrestrial ocean. It is a hydrocarbon sea of Saturn’s largest moon, Titan.

Just to clarify, the reflection of the Sun is in the upper left of the image, where the outline of the sea is also clearly visible. The redder, arrow-shaped object closer to the center is a cloud formation.