Yesterday, around 7:17 AM in the morning Eastern time, I took a look at the new NASA site that is streaming Earth-observing video live from the ISS.

While I looked, I noticed a strange plume. It was barely visible, but it was definitely there. As I watched, it was quickly fading away/disappearing behind the horizon, so I was barely able to get a screen capture. 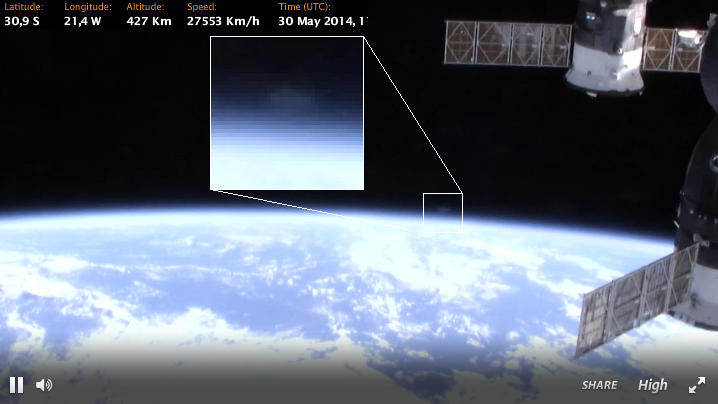