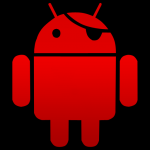 A few months ago, I upgraded my rooted Samsung Galaxy S3 (SGH-I747M) smartphone. In the process, I lost root, which was rather annoying. I was able to re-root the phone using CF-Auto-Root, but only after decrypting its memory first. When I tried to re-encrypt the phone afterwards, the process failed. The log (adb logcat) showed that it was unable to unmount the /data partition.

I have since tried several approaches to encrypt the phone while retaining root, but to no avail. Here are the things I tried over the past few months:

OK, I give up. I don’t really need to encrypt the stupid phone.