Arguably America’s most prestigious (but certainly the oldest; it’ll turn 150 next year) weekly newsmagazine, The Nation, published a lengthy article titled Hungary and the End of Politics. The topic is the state of politics in Hungary in view of the recent electoral victory of the ruling FIDESZ party and the authoritarian tendencies of said party and its leader, Viktor Orban.

Beyond describing the steps taken by Orban’s government in the last four years to solidify and entrench itself by building a de facto one-party state, the lengthy article (12 printed pages, as printed from the Web site) also puts Hungary’s political transformation into a European and geopolitical context. 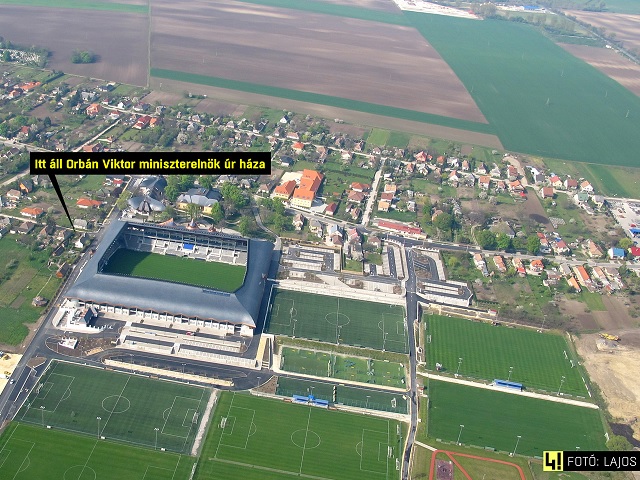 If I have any complaints about the article, it’s that it does not go far enough. For instance, it did not even mention Orban’s pet project, a soccer “academy”, complete with multiple regulation-size soccer fields and a new $17 million stadium with a capacity of 4000, built literally just a few yards from the home of Mr. Orban in his birthplace, a village of only 1800 inhabitants. Or the recent de facto nationalization of tobacco shops which eliminated the livelihood of scores of small tobacconist businesses, while handing these concessions to loyal FIDESZ supporters. Or implementing a degree of central control over the education system that was unheard of even under communism, where school principals no longer have the authority over petty cash to purchase extra chalk or a spare lightbulb.

No doubt this article, like most others published in the Western press, will be met with a well-organized attempt to discredit it. Its minor inaccuracies (e.g., it mentions Hungary’s nuclear power plants, whereas there is only one) will be portrayed as evidence of journalistic ignorance. Its overall tone will be attributed to the systematic “anti-Hungarian” efforts of liberals (or Jews!) bent on destroying Hungarian nationhood.

Nonetheless, no matter how FIDESZ’s loyal supporters manage to fool themselves, it does not change the fact that under the guise of anti-communism and Christian nation-building, a thoroughly corrupt, oligarchic autocracy is being constructed in the heart of Europe. Twenty-five years ago, Hungarians were proud to live in the “merriest of barracks”, the most liberal state behind the Iron Curtain, which found itself at the forefront of democratic transition as the Soviet empire collapsed. Today, all I can hope for is that Hungary’s example will not be followed by other European nations.