The computer game Myst is best known as the first “killer game” of the early CD-ROM era. A game that became the reason for many to purchase CD-ROM drives for their computers. A game that was played not just by geeks but by users who never touched a computer game before. Myst remained the all-time best-selling PC game for the better part of a decade.

Myst spawned its own mythology, and a series of three books. It also spawned five sequels, among them Uru, the company’s flawed yet hauntingly beautiful attempt to create a massively multiplayer online game. The final game in the Myst series was Myst V: End of Ages.

The other day, I pulled out my copy of Myst V, mainly to look at the wonderful worlds (or Ages, as they are called in the game) that I visited as a player. Perhaps the most breathtaking is the age called Todelmer. The player lands on top of a massive spire, towering high above the lower atmosphere of what appears to be a moon orbiting a ringed planet. Puzzles involve bringing some of the machinery back to life, reconnecting pieces of an ancient astronomical observatory. 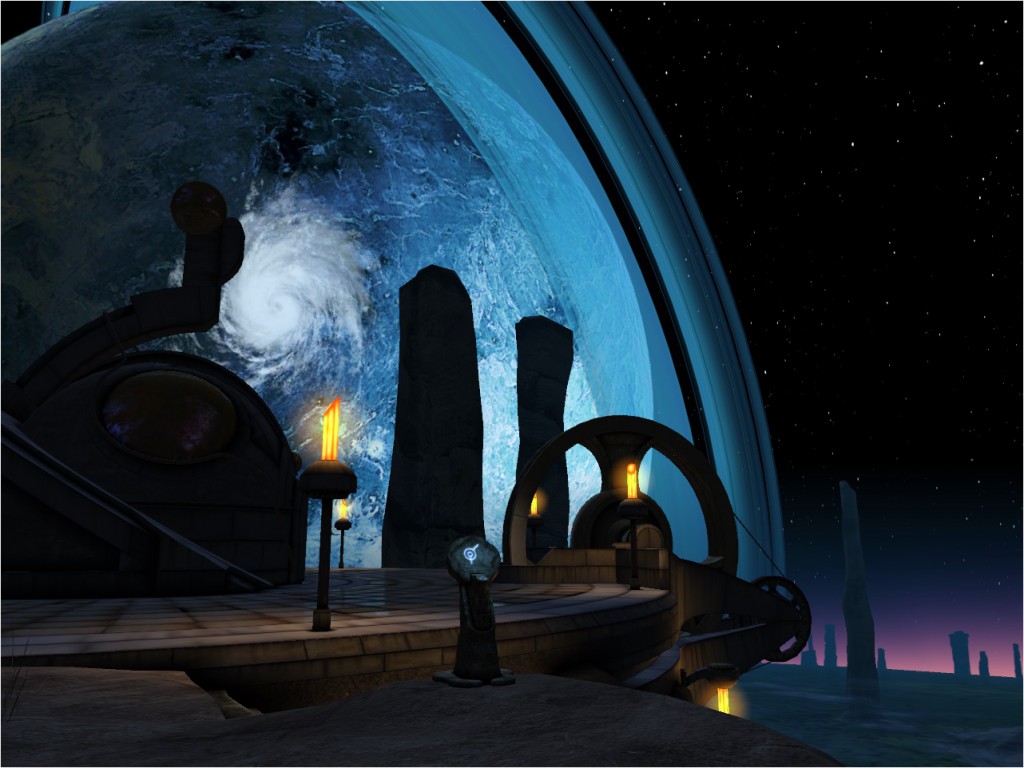 Todelmer seems as beautiful as it was when I first saw it. Too bad it only exists in the imagination.