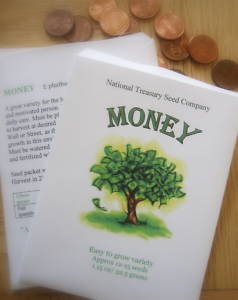 What an ugly word: monetization. Never liked it.

I especially do not like it when it comes to games.

When it comes to computer games, my age shows I guess. The first computer game I ever played was an arcade version of Pong. And the first multiplayer world I participated in was British Legends, the Compuserve implementation of the original MUD, or Multi-User Dungeon. Eventually, I started hosting MUD’s successor, MUD2, and when CompuServe shut down British Legends, I began hosting my own port of MUD1 here as well. And for a while, I did charge MUD2 users a subscription fee but that’s just not a viable business model for a small gaming site these days, so eventually we dropped all such fees.

In any case, subscription fees are not what come to my mind when I think about game monetization. It is more insidious ways to compel players to cough up hard earned money.

And now I came across an intriguing article that offers a thorough review of several monetization tricks and schemes. The basic idea is to compel players to purchase in-game add-ons, “power-ups” and other improvements, and pay ever greater amounts as they progress through the game.

Of course it cannot be done as blatantly as that. As the article explains, a good monetization scheme does not destroy the player’s illusion that the game is skill-based. Paying may help a little, or help a player avoid losing prior achievements, but the player’s perception remains that the game is fundamentally rewarding skill, not big spending. Which, of course, is untrue, but the most successful monetization schemes can liberate hundreds of dollars from the pockets of devoted players each month.

I don’t like these schemes. They feel… dishonest. I do purchase the occasional game, both for my phone and for my PC (thanks to GOG.COM and DOTEMU.COM who offer great titles free of DRM). But I never pay for in-game features or upgrades as a matter of principle, and a good thing, too: as the article explains, once you pay, you end up paying more, in part to protect the investment you made earlier by paying real money to help your progress.