Whenever I saw his face on screen, I was taken aback by one thing: Just how eerily similar he looks to another senator from the inglorious past, senator Joseph McCarthy. 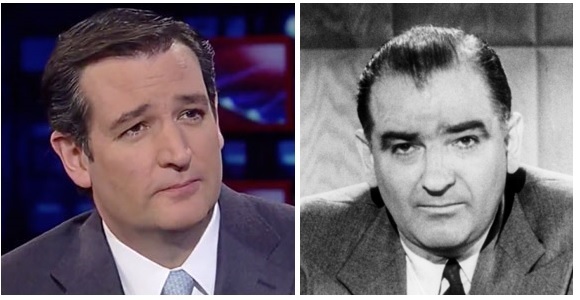 Apparently, the similarity is more than skin deep. I just happened upon a February article published in Forbes Magazine, which compares the actions of senator Cruz to the dirty politics of his infamous predecessor.