One of my favorite programs on CNN is Reliable Sources, the channel’s press/media backgrounder. It used to be hosted by Washington journalist Howard Kurtz, who recently moved to Fox News, however, to host a similar program (Mediabuzz) there.

Since then, CNN has been using invited guest hosts to host the program. One of those guest hosts, Brian Stelter, appeared for the second time this past Sunday.

Near the end of his program, he delivered a scathing (well-deserved, but scathing) criticism of CNN itself, about the way the channel bent disclosure rules to accommodate hosts and guests on the new program Crossfire. 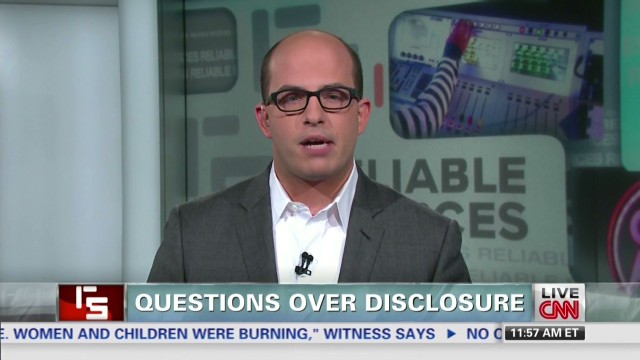 I wonder if they will invite him back. (Or maybe he doesn’t want to be invited back?)