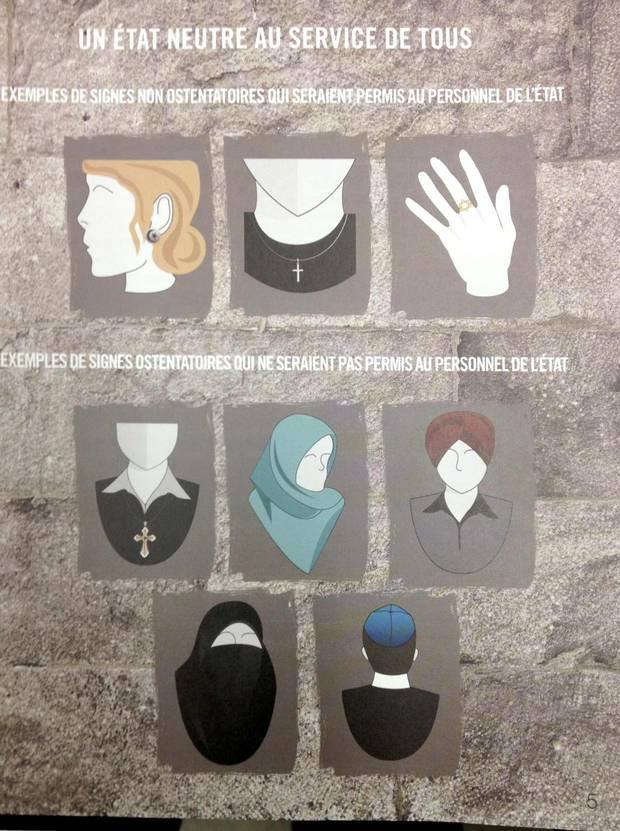 So Pauline Marois now tabled her proposal for religious neutrality. A new, secular charter for Quebec.

I am an atheist. I have no use for religion, especially dogmatic religion that prescribes even the clothes one wears. So I have some sympathy for those who support this proposed charter.

But I don’t, for several reasons.

First, it is trying to solve a problem where none exists. Yes, Canada is multicultural. Yes, this means that we encounter people wearing crosses, niqabs, hijabs, kippahs, and the Devil knows what other forms of ridiculous clothing. (On a side note: I respect other people’s right to their religion, and I am willing to fight for it. I have one condition: I claim the right to call every stupid superstition exactly what it is.) But since when is this a problem? I have met people ranging from medical professionals to supermarket checkout clerks wearing such things, and they were just as courteous, polite, and competent as those who wore no religious items.

Second, it is divisive. Far from solving problems, it creates one. It is designed not to embrace but to exclude people.

Third… we have to recognize this attempt for exactly what it is. A cynically divisive attempt by a mediocre politician to gather support for her failing party, and to turn her province against the rest of Canada. The language debate is long over. Canada is a fully bilingual country where folks like me, who do not speak fluent French, feel stupid and embarrassed. They can no longer drum up support by claiming to fight for the future of the French language in an English-speaking sea in North America. So they need something new.

I hope they miscalculated. I hope that Quebec voters will realize that they are being played. Support for this proposed secular charter may be high now, but I hope this will change as we learn more about the politics behind this backward, pitiful political game.

Simply put, I hope most of Quebec has firmly embraced the 21st century, even if some of the province’s leaders haven’t yet.