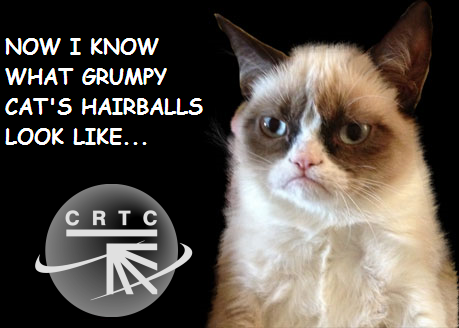 The destruction of public radio in Canada continues: Our beloved bureaucrats at the Canadian Radio-television and Telecommunications Commission decided to allow the CBC to air commercials on Radio 2.

Dear CRTC: the CBC is not a private company. It is partially funded by the Canadian public. Its mandate is not to make money but to promote Canadian culture. Instead of allowing this travesty, how about holding them to account for the on-going destruction of a national treasure?