Even as the Hungarian ultra-right is seeking closer ties with the Arab world, in search of an ally against a common enemy (Jews), none other than the English edition of Al Jazeera aired a half-hour documentary about the rise of the right, the rise of anti-Semitism, the plight of the Roma, and the increasingly authoritarian nature of Viktor Orban’s government. 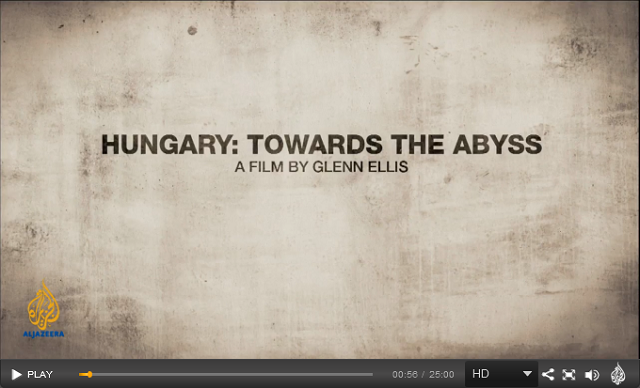 Of course, apologists for the Orban government will dismiss these, like they dismiss all criticism, as liberal propaganda produced by naive (or worse, corrupt) Westerners who know nothing about Hungary, do not speak the language, and were duped by traitorous liberals, former communists, or Magyar-hating Jews. Yes, and pigs fly, too.