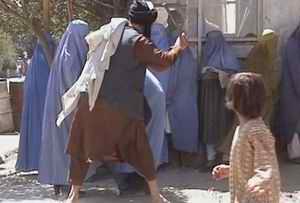 I’ve been reading a lot lately about Quebec’s recent language police fiasco, an overzealous Office québécois de la langue française cracking down on an Italian restaurant for its use of the non-French word “pasta” and other, similar terms on its menu. Of course I’ve been reading a lot about it lately; apparently, its news coverage exceeded by a factor of 60 (!) the coverage Quebec premier Pauline Marois received during her recent trip to drum up foreign investment in the province.

At least officers of the language police do not come with canes.