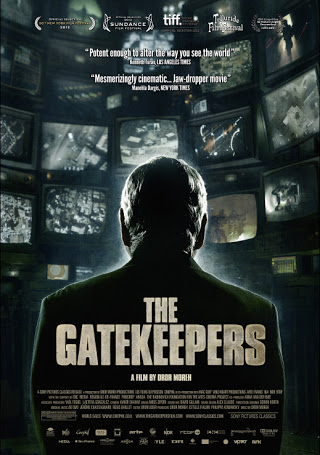 Israel’s occupation of Palestinian territories continues. Nothing infuriates those who believe this occupation is necessary than words like these:

“We’ve become… cruel. The future is bleak. It’s dark, the future. Where does it lead? To a change in the people’s character […] it’s a brutal occupation force, similar to the Germans in World War II.“

“One man’s terrorist is another man’s freedom fighter.“

You might be forgiven if you thought these quotes are from left-wing or Islamist radicals, but that is not the case. These are words uttered by former heads of Israel’s internal security service, the Sin Bet. Avraham Shalom, Ami Ayalon, Yuval Diskin and three other former leaders of this organization appear in a new Oscar-nominated Israeli documentary, The Gatekeepers. (Looks like a must-see.)

I admire their ability to think clearly and their moral courage to make these comments public. I know Mr. Netanyahu is not listening… but I hope some other leaders in Israel are.