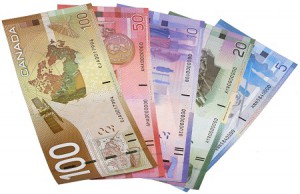 So, well, I don’t wish to jump on a politically motivated populist bandwagon over what, in the big scheme of things, is just (very) small change but still, let me try to get this straight.

Apparently, if I defraud the Canadian government to the tune of a hundred thousand dollars and I am dumb enough to get caught, all I have to say is “oops, I made a mistake”, offer to repay the funds I stole, and all is forgiven.

If only the world worked this way. Except that, well, it does, at least if you are a Canadian senator, like the honorable (?) Mike Duffy. Claiming that it was just an accounting mistake (the forms were apparently too complicated) Mr. Duffy not only offered to repay the $100,000 (give or take) that he stole, he now has the audacity to call the attention surrounding his case a “distraction” that interferes with the important work he is doing for his “home province”, Prince Edward Island, where he hasn’t lived in many decades.

No, Mr. Duffy, it’s not a distraction. It means simply that you tried to steal our money and you got caught. And what you did, embezzling the government to the tune of a hundred grand, is something that would land most of us ordinary mortals in jail for a significant amount of time as common criminals.

One Response to “Getting caught”