World War Z used to mean a fictitious war with zombies. Not anymore: the Latin letter Z apparently became a symbol for supporters of Putin’s aggression in the Ukraine. 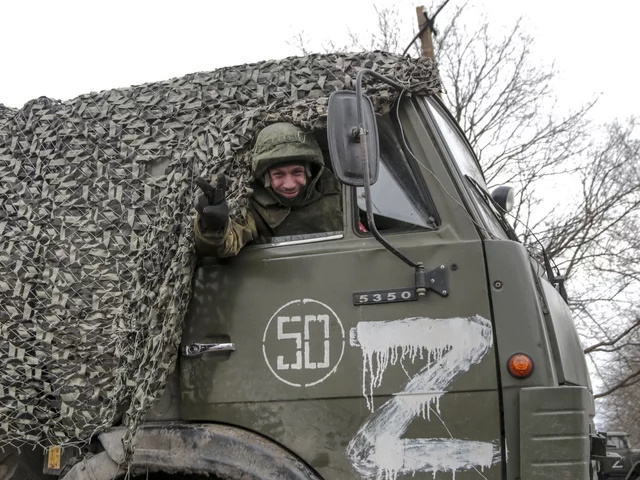 What prompts people to support Putin? What makes a religious leader declare unconditional loyalty to a decidedly un-Christian murderous dictator, even as a 91-year old survivor of the Nazi siege of Leningrad is struggling to remain alive in Kharkiv, besieged by Russian troops?

Is it the success of propaganda and disinformation? Russian nationalism? Self-deception, being able to convince oneself that it’s the rest of the world who act as blind “sheeple”? Being blinded by the charisma of the strongman, the macho warlord?

Meanwhile, decisions are being made with consequences that will fundamentally change the world in which we live, and quite possibly result in untold numbers of death and suffering.

History is no guide. Things can go either way. In 1914, the world opted to intervene when one of the “sick men of Europe”, Austria-Hungary attacked a much smaller neighbor. Had the world stayed idle, limiting its contribution to material help only, the Serbs would have won against the demoralized, badly led, ill-trained troops of the Monarchy. But the world felt compelled to step in, and the result was decades of devastating war and totalitarianism.

But in 1938, the world opted not to listen to political have-beens like a certain Winston Churchill, a warmongerer who was advocating war with Germany. This clown would plunge the world into another World War, they argued, as they celebrated the diplomatic triumph of Neville Chamberlain, who returned from Munich with a document signed by Adolf Hitler, representing “peace for our times”. Of course we know that Churchill was right all along, and had the world opted to confront Hitler in 1937 or even 1938, the resulting war would have been much less severe, much less devastating than the one that actually ensued.

Then again, a less devastating war would have meant no US involvement in Europe, no Marshall plan, no post-war golden era that characterized much of the world in the past 77 years. Be careful what you wish for, I guess.

All that is my way of saying that I don’t envy those who need to make these decisions. We are at a historical crossroads: These decisions may determine the fate of our civilization for decades to come, and a wrong move can very possibly result in hundreds of millions of lives lost.

What can I say? I am worried. Scared even. We go about our business as usual, planning to do things next week, next month, next year. But will the world as we know it still be around next week, next month, next year? With the end of the pandemic in sight, we again contemplate travel, such as my wife visiting her Mom later this year. But Hungary is right there on the border with Ukraine. Will it still be peaceful? Will it still be safe?

It’s easy to blame individuals for the ills of the world, and Putin deserves a lot of blame. But I think it’s naive to expect that things would go back to normal if only some sane Russian with access had the presence of mind and the courage to get rid of him. There are historical processes at work here, and the past 77 years already represented an exceptionally long, exceptionally (perhaps uniquely) prosperous period in human history. And if there is one lesson that history consistently teaches us, it’s that nothing lasts forever, not even a golden age.