I first heard about it from a friend, though he didn’t call it by this name.

It was a few days ago. Another convoy of trucks was approaching downtown Ottawa, to join their freedom-loving brethren to promote their message of love, peace, and, ahem, “fuck Trudeau”, “Trump 2024”, “Make America Canada Great Again” and other wonderfully delightful things representing our shared Canadian values.

But some evil, selfish Ottawa citizens, like my friend, had enough. Enough of the noise, the disruption, the lawlessness, the mob rule. And since the police were nowhere to be found, they took matters into their own hands.

Quite simply, they blocked the convoy’s path. They did exactly what free citizens are supposed to do when their community is threatened by a lawless mob: they defended it. The convoy turned back. And this event now has a name: The Battle of Billings Bridge.

Thank you, neighbors. And finally, a few days later (and arguably, three weeks late) our police are doing what they are supposed to do, and by all indication, they are doing a good job. Of course there are the inevitable cries, complaints about the abuse of power, the end of democracy, the tyranny of Trudeau. Never mind that it’s our city police (of course with help from other police agencies) and they are not doing it for Trudeau. They are doing it for us, citizens of Ottawa. To help us get our city back. 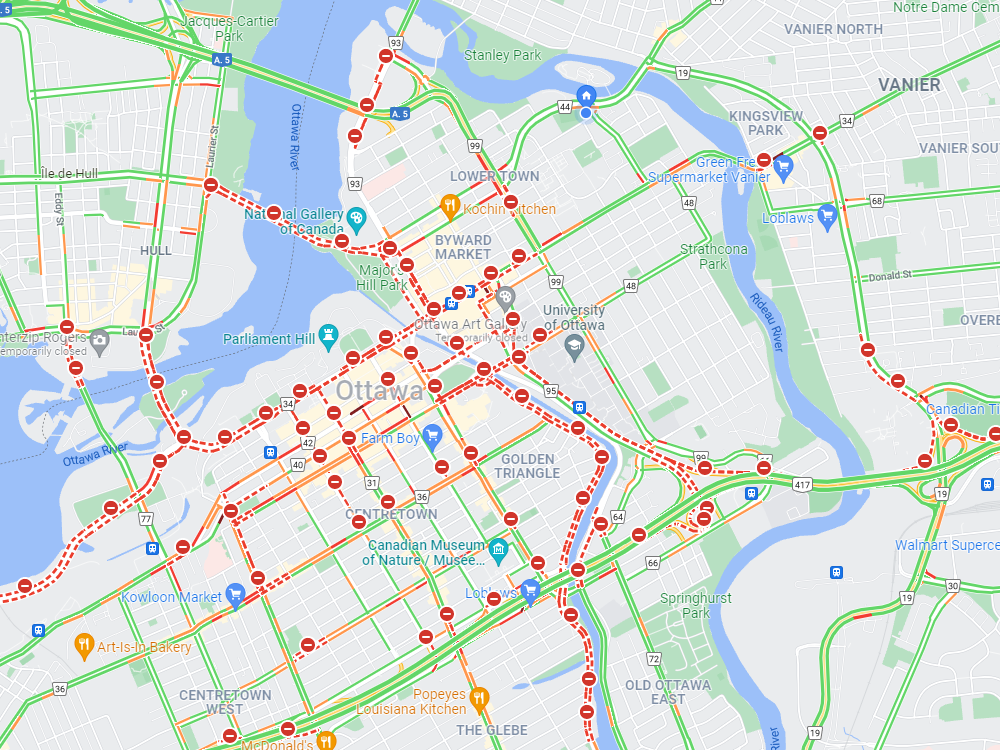 No, I do not enjoy the thought of a city under lockdown, with checkpoints all over downtown. And once the thugs with their weaponized transport trucks are gone, I hope our city will come back to normal, and that the lessons learned will not include turning Wellington Street into a copy of Pennsylvania Avenue, blocked from traffic with permanent concrete barriers, with ever present police armed with military gear. This spring, I hope I’ll be able to walk on Parliament Hill again, a free citizen, not prevented by the authorities but also not intimidated by thuggish occupiers and their vehicles.