For more than a day now, I’ve been watching the news about a giant container ship that is blocking the Suez Canal. Supposedly it now “partially refloated”, whatever that means.

In the process, I learned about vesselfinder.com, a Web site that tracks ships on the high seas, much like sites like flightradar24.com track airplanes. Here it is, a real-time snapshot of this stuck vessel: 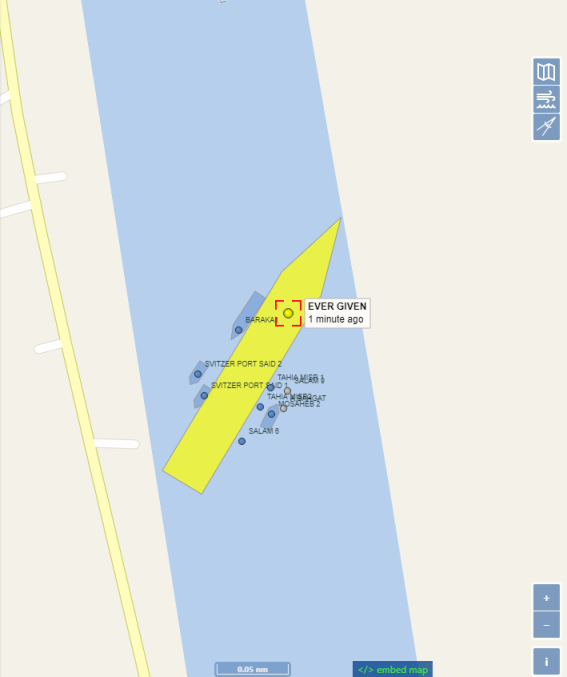 I have no idea though why the ship is given the name “EVER GIVEN” here. Its actual name, written on the side of the ship in giant block letters, appears to be “EVERGREEN”. (Or not. I’ve since learned that EVERGREEN is the name of the company, not the ship.) And yes, it does block the canal in spectacular fashion. 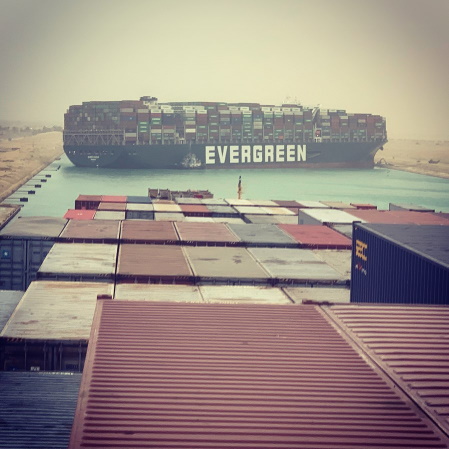 Given the importance of this shipping route, I wonder why this is not bigger news than it appears to be. Is it perhaps because the general expectation is that the problem will be resolved shortly, causing no more than minor delays in some shipments? I hope.