The actual power of the massive explosion is yet to be estimated accurately (probably not quite as large as the largest non-nuclear, accidental explosion that took place in Halifax, Nova Scotia 103 years ago though it comes close), but the images and videos are horrifying. 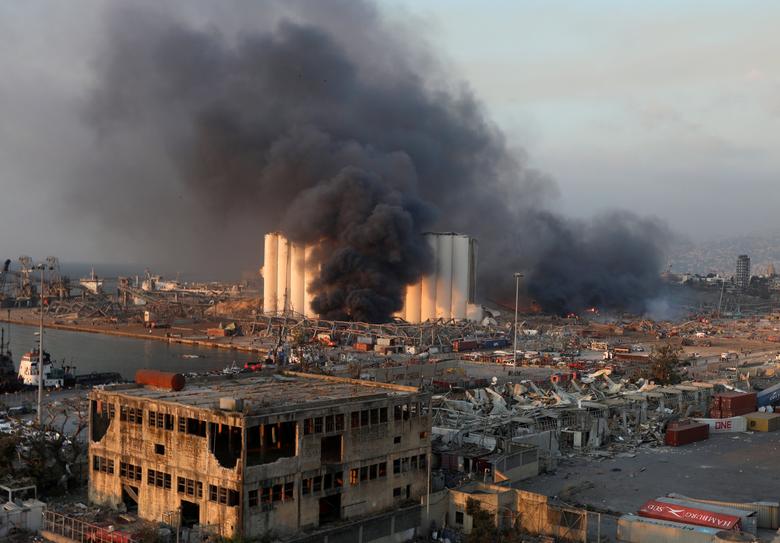 Reportedly, windows were shattered as far as 25 kilometers away from the epicenter.

The audio on one of the many videos showing the moment of the explosion accurately captures the event: “What the actual fuck?” asks a woman’s voice incredulously.

In light of the scope of the disaster, I expect that the final death toll will far exceed the 78 deceased that we know about for now.

It now appears that it was an industrial accident: welding work setting off a fire that in turn spread to a warehouse where thousands of tons of ammonium nitrate was stored.

Naturally, it didn’t prevent America’s “stable genius” from talking about an “attack”. When asked, he even referred to his “generals” who, according to him, told him that it was likely an attack.

I have no doubt that he made it all up on the spot. But his pronouncement had predictable consequences. It was like pouring oil on the fire, as it gave an excuse for every closet antisemite to come out and spread the conspiracy theory that it was an attack by Israel. Twitter accounts spreading this inflammatory nonsense include a Robert de Niro parody account; for a brief moment, I thought it was the real Robert de Niro, which would have been terribly disappointing.

Wildfires in Australia, locusts in Africa, a global pandemic, widespread racial riots in the United States, “murder hornets” spreading in North America… The Internet was already full of joke calendars for this year with disaster memes, as well as speculation that perhaps that infamous Mayan calendar was misinterpreted, as it referred to 2020, not 2012. In light of this catastrophe in Beirut, I am inclined to ask, what next? Alien invasion? The Yellowstone caldera? Global thermonuclear war? Giant asteroid impact? I won’t even try to guess, just note that we still have nearly five months left of this year.