One of the most fortunate moments in my life occurred in the fall of 2005, when I first bumped into John Moffat, a physicist from The Perimeter Institute in Waterloo, Ontario, Canada, when we both attended the first Pioneer Anomaly conference hosted by the International Space Science Institute in Bern, Switzerland.

This chance encounter turned into a 15-year collaboration and friendship. It was, to me, immensely beneficial: I learned a lot from John who, in his long professional career, has met nearly every one of the giants of 20th century physics, even as he made his own considerable contributions to diverse areas ranging from particle physics to gravitation.

In the past decade, John also wrote a few books for a general audience. His latest, The Shadow of the Black Hole, is about to be published; it can already be preordered on Amazon. In their reviews, Greg Landsberg (CERN), Michael Landry (LIGO Hanford) and Neil Cornish (eXtreme Gravity Institute) praise the book. As I was one of John’s early proofreaders, I figured I’ll add my own. 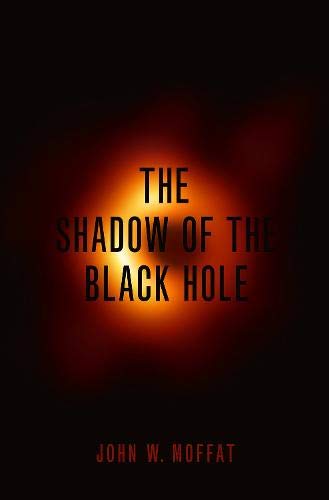 John began working on this manuscript shortly after the announcement by the LIGO project of the first unambiguous direct detection of gravitational waves from a distant cosmic event. This was a momentous discovery, opening a new chapter in the history of astronomy, while at the same time confirming a fundamental prediction of Einstein’s general relativity. Meanwhile, the physics world was waiting with bated breath for another result: the Event Horizon Telescope collaboration’s attempt to image, using a worldwide network of radio telescopes, either the supermassive black hole near the center of our own Milky Way, or the much larger supermassive black hole near the center of the nearby galaxy M87.

Bookended by these two historic discoveries, John’s narrative invites the reader on a journey to understand the nature of black holes, these most enigmatic objects in our universe. The adventure begins in 1784, when the Reverend John Michell, a Cambridge professor, speculated about stars so massive and compact that even light would not be able to escape from its surface. The story progresses to the 20th century, the prediction of black holes by general relativity, and the strange, often counterintuitive results that arise when our knowledge of thermodynamics and quantum physics is applied to these objects. After a brief detour into the realm of science-fiction, John’s account returns to the hard reality of observational science, as he explains how gravitational waves can be detected and how they fit into both the standard theory of gravitation and its proposed extensions or modifications. Finally, John moves on to discuss how the Event Horizon Telescope works and how it was able to create, for the very first time, an actual image of the black hole’s shadow, cast against the “light” (radio waves) from its accretion disk.

John’s writing is entertaining, informative, and a delight to follow as he accompanies the reader on this fantastic journey. True, I am not an unbiased critic. But don’t just take my word for it; read those reviews I mentioned at the beginning of this post, by preeminent physicists. In any case, I wholeheartedly recommend The Shadow of the Black Hole, along with John’s earlier books, to anyone with an interest in physics, especially the physics of black holes.