There are photos of empty store shelves circulating on the Internet, promoted in particular by Americans supporting Donald Trump, as examples of what stores would look like under socialism.

No, my friends, this is what stores looked like under socialism. Socialism that I experienced first-hand, not some abstraction. And it wasn’t pleasant. But the stores were… well, see for yourself. This is no propaganda photo, but a picture from the collection of my late father-in-law, who was a professional photographer. (The hand-written blue arrow is there to point out that under a sign advertising first-class poultry, there are meats hanging that definitely don’t appear to have come from any chicken): 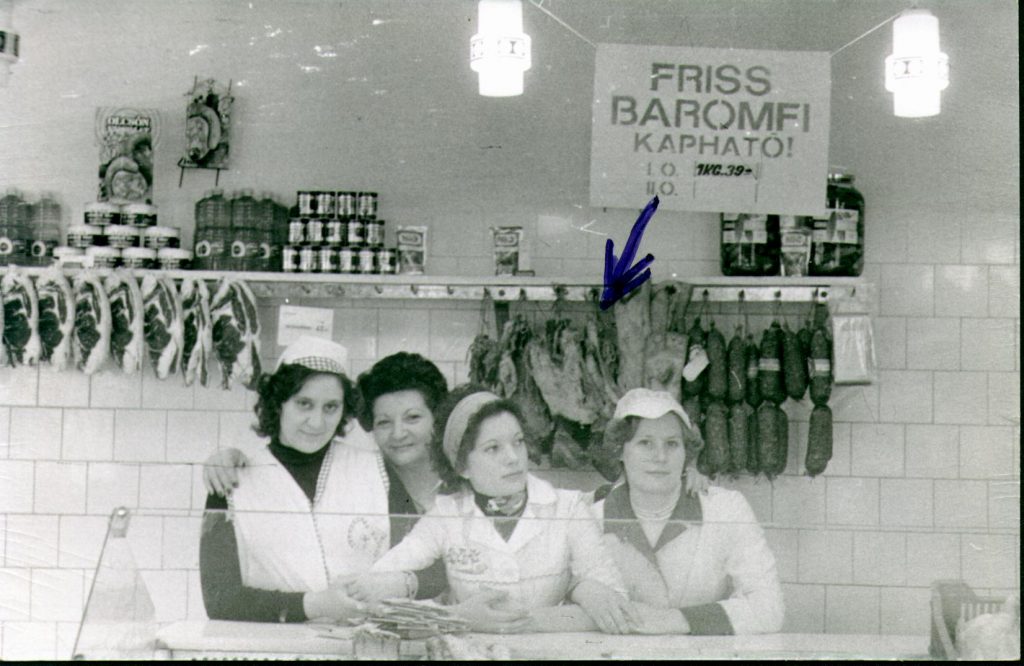 In contrast, and contrary to what the poster tweeted, the following is a picture of Trumpian capitalism in a moment of crisis: 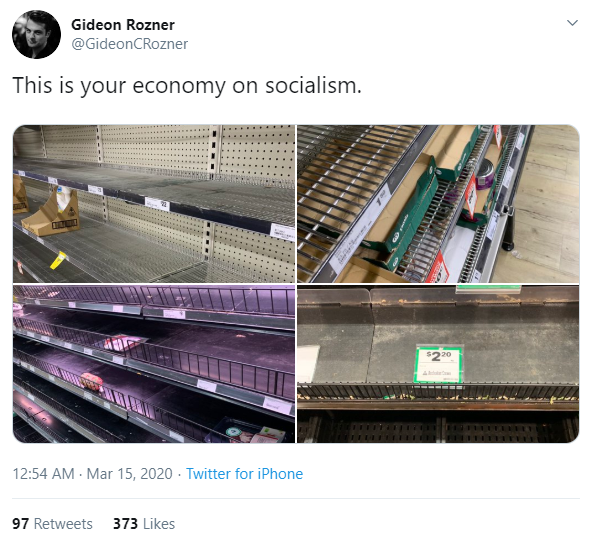 In fact, as some commenters pointed out, a centrally planned command economy in a police state may be better able to cope with a crisis of this nature than market capitalism, even with competent political leadership.