So on the one hand… here I am, praising Canada for being true to its values, only to learn yesterday that Quebec’s provincial legislature approved a ban on “religious symbols”. Not once in my life did I worry when I was being served by a person wearing a kippa, a cross, a turban or a headscarf that nature that they might discriminate against me. Should I have been? Perhaps naively, I always felt privileged to live in a society in which persons wearing kippas, crosses, turbans or headscarves were welcome, even into positions of authority. But now I am worried that a person whose religion demands wearing a kippa, a cross, a turban or a headscarf will not be allowed to serve me anymore. And that’s even before I look at the more hypocritical aspects of the bill.

But then, I learn that south of the border, social justice warriors scored another “victory”: at Bowling Green State University, Ohio, they managed to get the name of silent era film star Lillian Gish stripped from the university’s Gish Film Theater because a student union protested on account of her role in the rather racist 1915 silent classic Birth of a Nation. 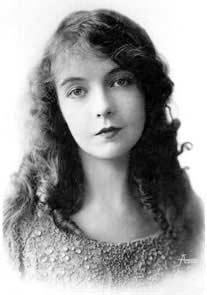 I fundamentally disagree with the idea of judging the past by the standards of the present. I dare hope that our societies are becoming better over time, and thus our standards are higher, but it is grossly unfair to the memory of those from generations ago when they are judged by standards that did not even exist at the time. But putting all that aside… isn’t it obvious that such acts of cultural intolerance (committed, ironically, in the name of tolerance) are just oil on the fire? That those who are behind the rise of xenophobia, nationalism, racism and intolerance will see such acts as proof that their grievances of valid, that it is truly they (and by “they”, I mean mostly middle-aged or older white men) who are being prosecuted here?

Are these truly the only choices out there? Xenophobic nationalism and Islamophobia vs. social justice militants? Where have all the sane people gone? Please come back wherever you are and help put an end to this madness.