I meant to post this yesterday, but I didn’t have the time. Besides, it is not something you post without permission from the other party involved. The other party being my beloved wife Ildiko, that is.

You see, yesterday marked the 40th anniversary of us meeting, on a cloudy, rainy May 1 in the town of Győr, Hungary, where we were both attending a national high school chemistry competition.

And it so happened that a short while (maybe just a few weeks?) later, our high school class had a day trip to the fine town of Pécs, Ildiko’s hometown, so she and I had a chance to meet again. And one of my friends had a Polaroid camera: 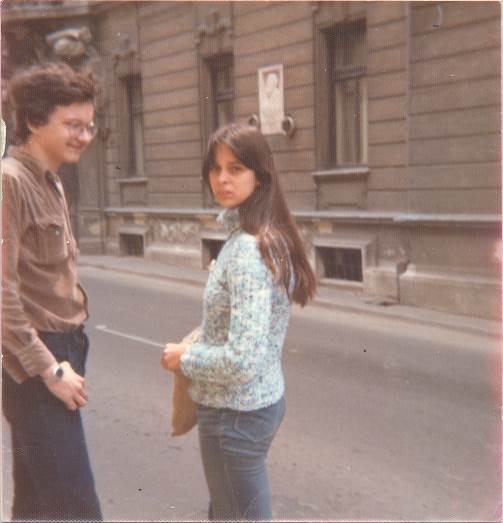 Darn, I was so much thinner than today.

Ildiko, on the other hand, looks just as beautiful now as she did on that late spring day in 1979.