This tragic piece of news from this weekend escaped my attention. Brazil’s National Museum and its collection of some 20 million artifacts, going up in flames in a devastating fire. 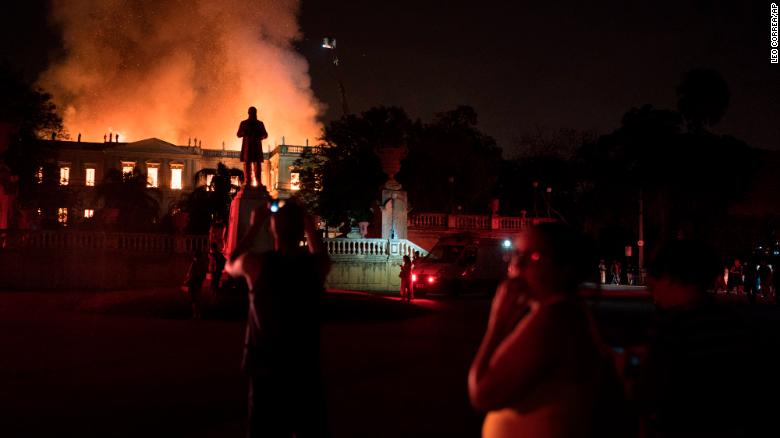 And it’s not just artifacts. One thing mentioned was irreplaceable written and audio records, which likely have not yet been digitized, of indigenous languages no longer spoken.

The scale of devastation becomes clear from aerial photos, which show that almost nothing remained between the building’s exterior walls.

It is almost incomprehensible that such a disaster could take place in a national museum. The loss… it’s beyond belief.