Imagine an education system that is created and managed without educators.

Imagine a system of highways and railways created and managed without transportation engineers.

This is Doug Ford’s vision for the province of Ontario, presented by none other than Doug Ford himself through his Twitter feed, as he proudly proclaims that his government, his party, won’t listen to academics: the very people that we pay so that they learn and offer their professional knowledge for the benefit of the public. 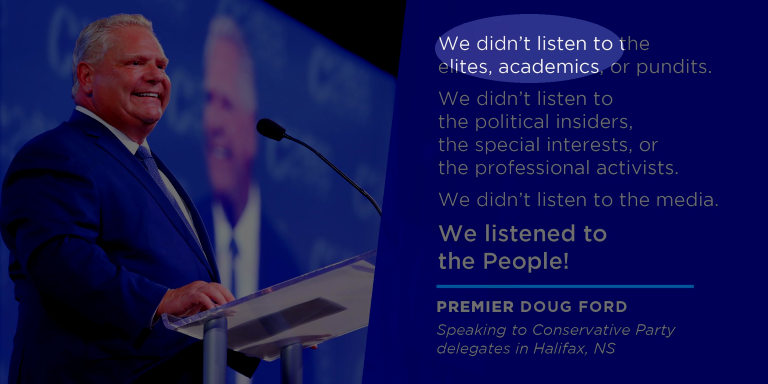 Guess this is what happens when ideology and blatant populism trump facts. (Pun unintended, but disturbingly appropriate.)