I decided to watch Fox News a little this morning.

The topic was the separation of children from their parents at the US border.

Here is what I learned: The problem is not new. And it is all about optics they tell me. That is to say, Barack Obama faced the same problem, his team even discussed the “zero tolerance” policy, but rejected it because it would have looked bad. In contrast, Donald J. Trump does not care about optics. He is willing to take the heat to do the right thing and enforce the law. He is a person who is seeking solutions instead of hiding from problems.

In short, when he institutes a policy to separate children from their parents, he is a hero who protects America’s core values better than his meek predecessor.

Mind you, I think Fox is wrong about optics. The optics were pretty bad during the Obama years, too. Here is a delightful picture of unaccompanied children sleeping on the floor of a border protection facility back in 2014. 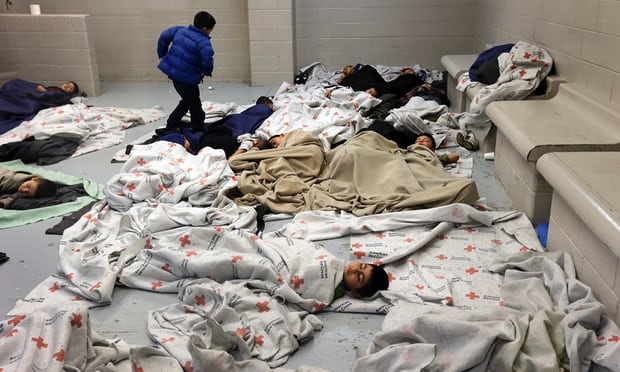 Incidentally, the term I used as the title of this blog entry is wholly appropriate. The camps where these children are housed represent a textbook definition of concentration camps for children.