Lately, I’ve been spending my free time playing post-apocalyptic computer games. Most recently, Fallout New Vegas, from which this screen shot of a full moon rising is taken. 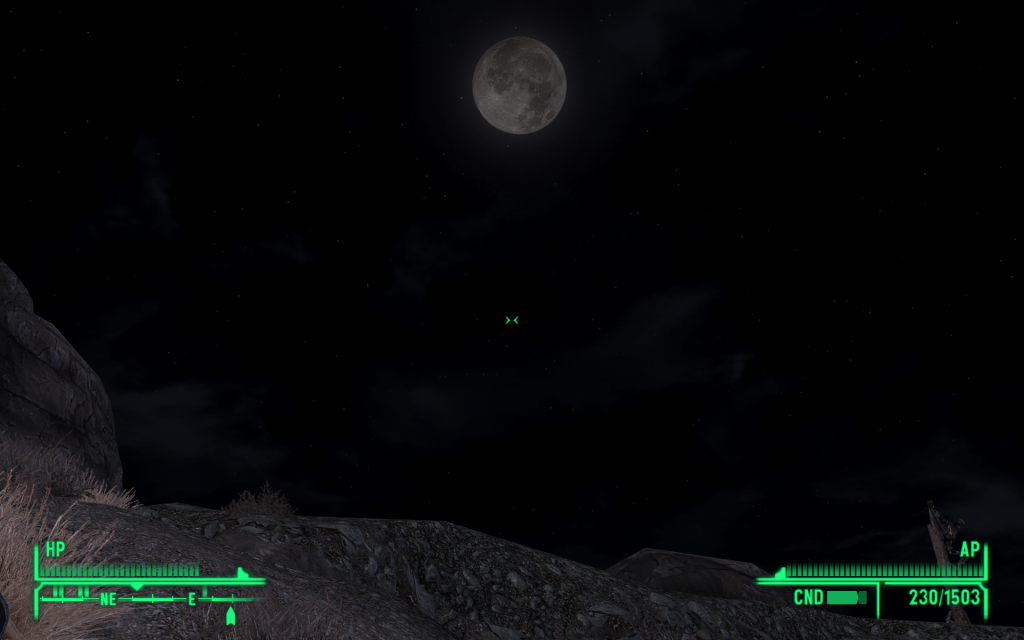 I’ve now played a couple of Fallout games, the two Metro games and the S.T.A.L.K.E.R. game trilogy. Sure there are some common traits but these games are nonetheless quite different. Yet they all have their poetic moments.

The Metro games left the deepest impression on me, to be sure. The characters in these games were perhaps the most realistic, their despair as they clung to life in the tunnels of the Moscow metro under a dead city, almost tangible. S.T.A.L.K.E.R. was something else… for starters, these were games set not in a dead world, only a dead zone in a world that was otherwise alive and well, presumably. And then, Fallout 3 and Fallout NV. When I began playing Fallout 3, I thought that the game lacked soul. Soon, I realized how wrong I was. While the message of the Metro games was that often, it was more satisfying to be merciful (indeed, you can pretty much play through both games without ever killing a human), the message of Fallout is that often there are no good options, only a choice between bad and worse. Killing bad guys or monsters is easy. Killing good guys because they must die for the greater good… Not the choice I’d care to make in real life.