I just came across an interesting slide.

It was part of a presentation by Bill Foster, a member of an endangered species in the United States Congress: a scientist turned politician. He gave a talk at the April meeting of the American Physical Society. This slide from his talk speaks for itself: 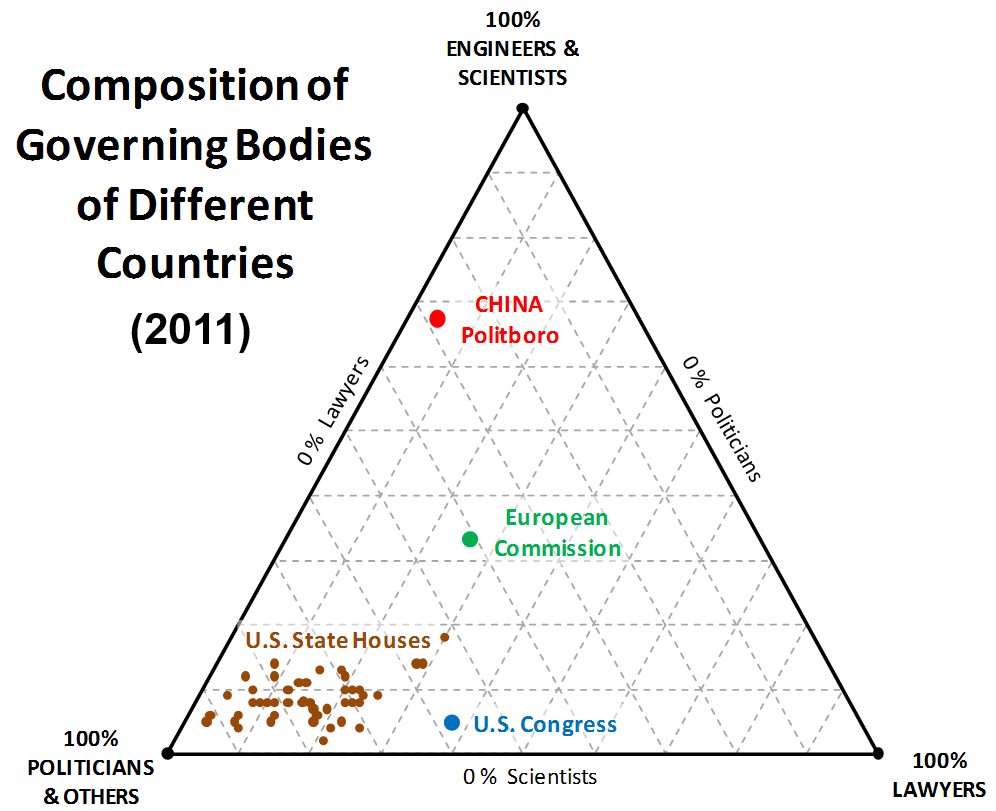 I don’t have data for Canada, other than a list of a grand total of 6 engineers serving in our federal House of Commons. That low number suggests that Canada’s Parliament would not be positioned too far from the U.S. Congress in this chart.

Is this a bad thing? I hesitate, because I note that totalitarian regimes tend to have many scientists among their leaders. Is it because scientists are more likely to prefer authoritarianism? Or more likely to serve autocrats? I don’t know. I do know that as a free citizen, I much prefer to be governed by a dysfunctional Congress or Parliament than by a totalitarian Politburo, regardless of the number of scientists in these bodies.