Okay, this is hands down the winner as the absolute “I’ll effing be” moment for me today, if not this week (and that’s saying something, with all the shenanigans going on with Trump and his cabinet picks): An electric steam locomotive that I just came across. 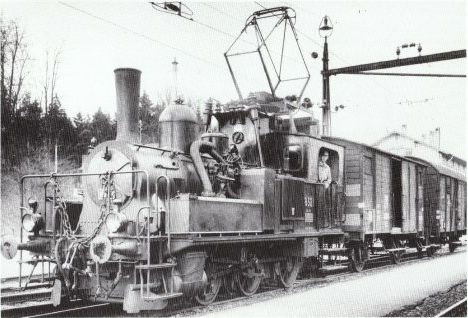 Yes, an electric steam locomotive. That would be a steam engine, boiler and all, with a pantograph connecting it to an overhead line.

A lunatic scheme, to be sure, but apparently it made sense in 1940s Switzerland. They had steam locomotives aplenty. What they didn’t have was fuel for these locomotives. But they had plenty of cheap hydroelectricity. So even with the incredibly inefficient conversion of electric power into heat into steam pressure into mechanical motion, it still made sense.